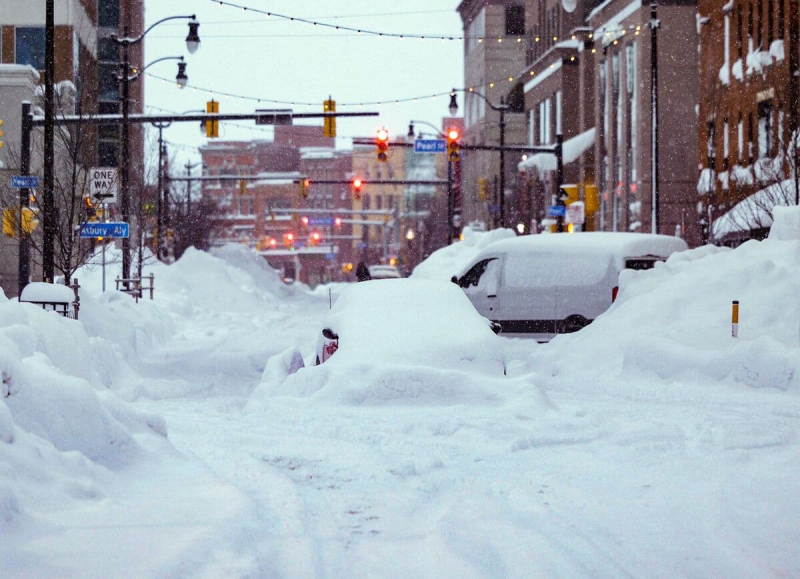 Nearly 50 Americans died and thousands more were still awaiting rescue on Monday after the 'most devastating' storm in Buffalo's history swept through New York State.

“We know that there are people stuck in cars for more than two days. There are also people in their homes below freezing,” said Erie County Executive Mark Poloncarz, which includes the city of Buffalo.

At least 27 residents of this area lost their lives, near their car or at home, without electricity, after what has been dubbed by some the “blizzard of the century”. The toll is expected to continue to rise, according to city officials.

This drone photo shows the city of Buffalo completely covered in snow. In the area, at least 27 people lost their lives.

At least three victims suffered cardiac arrest while shoveling, while another died trapped in his vehicle. Others died due to a delayed response from emergency medical services, Poloncarz said.

A father who celebrated his 56th birthday on New Years Eve, William Clay, is a victims who have been identified. Videos of his body buried in snow were circulating on social media on Monday.

An autopsy of his remains is expected to take place in the coming days to determine the exact cause of death.

Members of the New York State National Guard helped this vehicle out of a snowdrift.

There are many calls for help to the Buffalo community on social media.

Families left without heating fear they will die, others beg neighbors to break down a loved one's door to check on their health.

Trapped in the snow and without power for more than three days, several Buffalo residents are left to fend for themselves as bad weather conditions prevent emergency responders from rescuing them.

First responders in snowmobilers check parked vehicles to make sure no one is inside.

“Help us! I have three babies who will not be able to survive another night in the cold, I am ready to pay any price”, implored Mykala McDowell, at Christmas.

The mum made several calls for help on Facebook as she was stuck in her unheated home with her three children aged 3 months, 1 year and 3 years.

This n It was only two days later that they were finally rescued by a friend of the family, frozen and scared to death.

< p>The deadly storm that upended the Christmas plans of millions of families across the United States and Canada has brought back memories for Buffalo residents.

“The storm is even worse than the blizzard that paralyzed the city in 1977,” said Mr. Poloncarz.

At the time, more than 30 cm of snow covered this part of New York State, causing about 30 of dead.

Today, Buffalo residents seem to be reliving the same nightmare, with a heavier toll this time.

People have literally abandoned their cars due to bad weather, right in the middle of downtown Buffalo.

“This is clearly the blizzard of the century,” New York State Governor Kathy Hochul reiterated on Monday.

She also clarified that it is “ far too early to say it's over,” adding that up to 30 cm of snow should still fall by Tuesday afternoon.

Recall that last November, nearly 2 meters of snow had fallen in the area, but this storm had much less impact.

This car is covered in snow and ice after being left by its owner on the side of a road in West Seneca, bordering Buffalo.

As of Monday, the city of Buffalo was still paralyzed by the blizzard. Cars were blocked across the road because of the massive amounts of snowfall.

“Unless you are part of the emergency services, do not drive. Conditions are poor,” said Marck Poloncarz.

A travel ban was still in effect Monday in western Erie County, but it was defied by some residents.< /p>