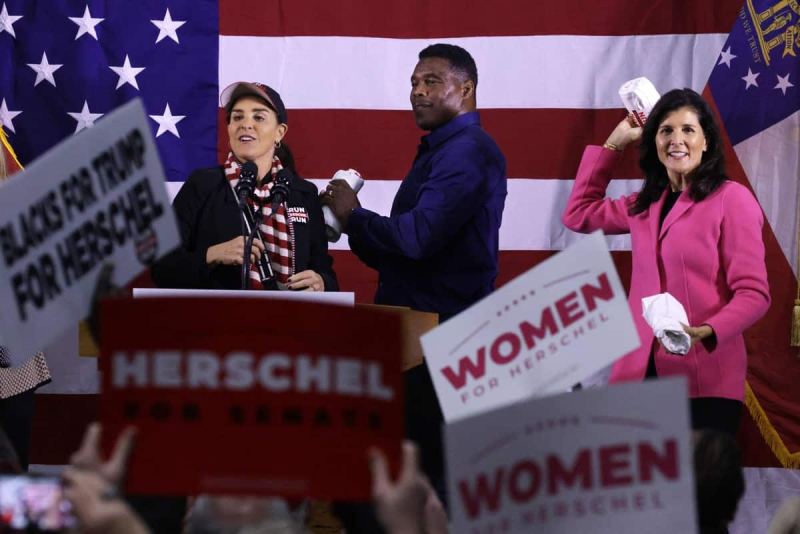 A pastor against a former American football star: the inhabitants of the State of Georgia are called on Tuesday to decide between two candidates for the United States Senate, in a vote with serious consequences for the continuation of Joe Biden's mandate .

The outgoing senator, Democrat Raphael Warnock, is opposed to a colt of Donald Trump, the sportsman Herschel Walker. This is the last act of the mid-term legislative elections, a second round having been organized in this state to decide between the two candidates.

The ballot promises to be close. The rare polls show the candidates neck and neck and the final results may not be known for several days.

This election is “really essential,” US President Joe Biden pleaded on Monday, calling on Georgia voters to turn out in large numbers at polling stations, which open at 7 a.m. local time (12 p.m. GMT).

The balance of power in the US Congress certainly does not depend on this seat: the Democrats have already made sure to keep control of the Senate at the end of the “midterms”. The Republicans have taken over the House.

But this election, in this southern state with a large African-American population, is nonetheless decisive for the rest of Joe Biden's mandate.

The Republicans see in this seat in the Senate the opportunity to accentuate their power to block the policies of the Democratic leader. With 700 days to go before the next presidential election, the opposition also hopes to break the momentum of Joe Biden, who did much better than expected in the November legislative elections.

On the Democratic side, a victory would consolidate the very thin majority of Joe Biden's party in the Senate, allowing him to exercise greater influence in essential parliamentary committees. It would also significantly limit the influence of a moderate Democratic senator, gravedigger of several major projects of the Biden administration.

To realize their ambitions, the Democrats have called on their heavyweights to the rescue: the Former President Barack Obama, arguably one of the party's most charismatic figures, was campaigning in Atlanta last week.

Sign of the importance and interest in this duel: nearly 400 million dollars were injected into the ballot, the most expensive of the mid-term elections.

Some 1.9 million people, out of the seven million registered, have already voted early.

If these ballots point to a greater mobilization of the Democrats, the Republicans should instead vote on Tuesday.

< p>It is therefore difficult to predict the outcome of this race.

Historically won over to the Republicans, Georgia took America by surprise by choosing Joe Biden over Donald Trump in the 2020 presidential election, then sending two Democrats to the Senate two months later.

This Border state of Florida is once again at the heart of all desires. This time, it is also the atypical profile of the candidates that stands out.

With several sports records to his credit, the Republican Herschel Walker, considered one of the best players in the history of the American university football, entered politics late.

The sixty-year-old seeks to seize the seat of Raphael Warnock, who before becoming a senator from Georgia in 2021 served as a pastor since the former Martin Luther King's desk in Atlanta.

The campaign of the pro-Trump African-American candidate has however been splashed by several recent scandals, Herschel Walker, known for his anti-abortion positions, having among other things been accused of having financed the abortions of several of his former companions.