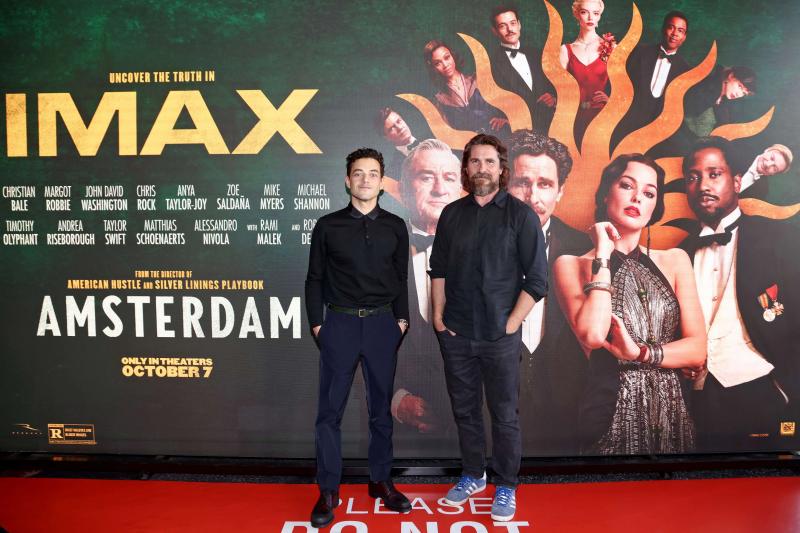 “Amsterdam” begins with the suspicious death of Bill Meekins (Ed Begley Jr.), the battalion commander in which Burt Berendsen (Christian Bale) and Harold Woodman (John David Washington) served during the First World War. The daughter of the deceased (Taylor Swift) asks the two men to find out the truth, but the accomplices are accused of murder and must therefore do everything to prove their innocence.

During long flashbacks, we then learn the genesis of their friendship, their meeting with Valerie Voze (Margot Robbie) who served as their nurse on the battlefield as well as the ins and outs of the commander's death.

Since the whole thing takes place at the beginning of the last century, the atmosphere is immediately that of a film noir, the colorization requested by the director David O. Russell (“American scam”, “The good side of things” or even “The coup de grace”) reinforcing this classic and cynical atmosphere. The filmmaker, on the other hand, sprinkles the lines with dry humor, surreal moments and various artistic references that quickly make “Amsterdam” look like a quilt of scattered sketches without much connection between them.

< p>Yes, we get appearances from Taylor Swift, Zoe Saldanas, Michael Shannon, Mike Myers, Rami Malek, Anya Taylor-Joy and even Robert DeNiro as if David O. Russell was relying more on a buildup of fit celebrities rally the crowds in front of a big screen rather than on the cohesion of the scenario. If we let ourselves be carried away, at the beginning, by a story focusing on the “broken faces” of the Great War – a subject exploited with much more finesse in the excellent “Boardwalk Empire” series – and we smile at the surrealist works by nurse Valerie Voze, we quickly tire of an avalanche of details intended, it seems, to fill the 134 minutes of this film more than to advance the very tenuous thread of a superficial intrigue. .