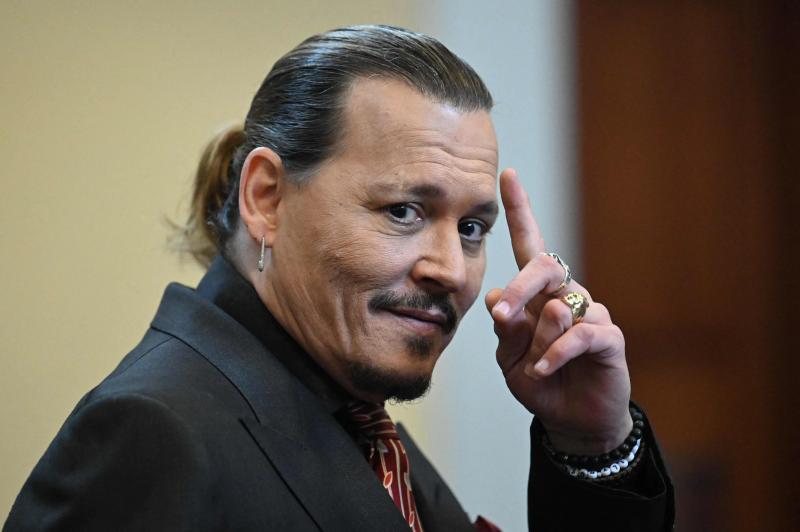 The actor Johnny Depp releases an album with the legendary guitarist Jeff Beck, European tour in the key, trying with this change of scenery, to propose another image than that of the recent trial-unpacking with his ex-wife Amber Heard.

The disc, “18”, which comes out this Friday, is mainly composed of covers and will not remain as a major piece in the repertoire of Jeff Beck (member of the Yardbirds, David Bowie's accompanist, etc…), 78 since June.

The set is presented well disjointed. If the duo is doing well on “Isolation” (John Lennon), Marvin Gaye's “What's going on” becomes a pretext for a solo stroll by the English guitarist, while the actor's voice does not reach the depth of the 'original.

The Velvet Underground's 'Venus in furs' is treated with a tinge of garish industrial rock, again with the 59-year-old actor's muffled voice far removed from the initial spiciness.

Obviously, as the lyrics treat of sado-masochism, some will see it as a strange choice after the ultra-mediatized trial in the United States between Depp and his ex-wife, actress Amber Heard (“Aquaman”).

The lyrics of “This is a song for miss Hedy Lamarr”, one of the two original songs composed by Johnny Depp, already released as a single, are causing a lot of ink to flow. The actor from the “Pirates of the Caribbean” series sings there that he “no longer believes in humans” and describes a woman “erased by the same world that had made her a star”.

Depp sued his ex-wife for libel, who described herself in a press column as “a public figure representing domestic violence”, without naming her former husband. He was asking for $50 million in damages, she was asking for double that.

After six weeks of trial, the jurors concluded on June 1 that the ex-spouses had defamed each other. But they awarded Depp more than $10 million, compared to only Amber Heard's $2 million.

Rock is nothing new in Johnny Depp's life. Before becoming a star with the series “21 Jump Street”, he had been part of a group, the Bad Boys (now The Kids), even providing the first part of Iggy Pop, without taking off afterwards.

Beck and Depp recount meeting in 2016, bonding of friendship around “cars and guitars”. “When Johnny and I started playing together, (…) we felt like we were 18 again. So, it also became the title of the album”, declared the guitarist.

The release of the disc was opportunely announced in the wake of the trial. And Beck has invited the actor of “Edward Scissorhands” to join him on tour currently in Europe.

He is also due to appear in “La favorite” by French director Maïwenn, on the relationship between Louis XV and the Comtesse du Barry. The filming of the film, in which he plays the monarch, is scheduled for this summer, notably in Versailles.