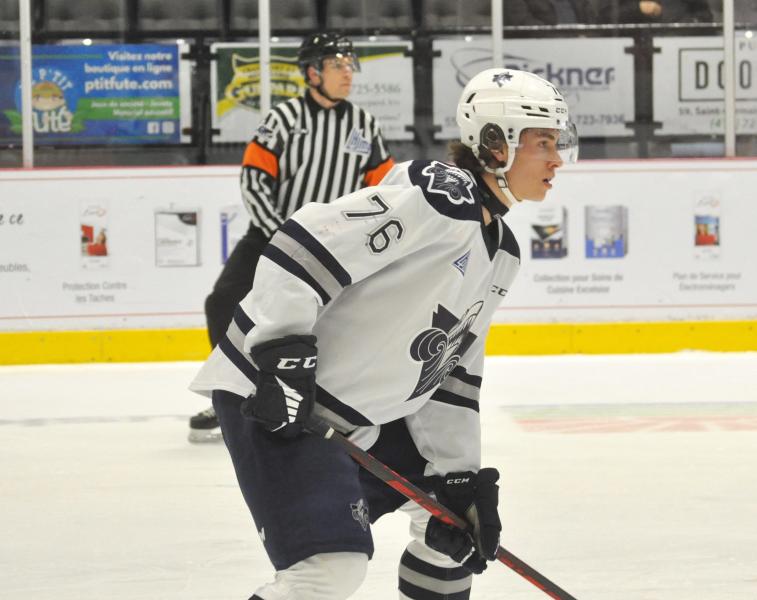 RIMOUSKI | It is with an almost complete formation that the Océanic de Rimouski will receive the Armada de Blainville-Boisbriand for the home opener of his season on Saturday and Sunday.

Over the past few days, Frédéric Brunet, Jacob Mathieu, Charles Côté and Patrik Hamrla have all returned from NHL camps after missing the doubleheader of the last weekend in Baie-Comeau.

20-year-old forward Luka Verreault should also return to action, having returned to training this week after suffering a concussion in the preseason game against the Armada.

Only defenseman Luke Coughlin is on the long-term injured list.

“We will have the luxury of being able to cut healthy guys both offensively and defensively. It creates great competition internally. Some guys seemed impressed in Baie-Comeau, and not just rookies. The players come back from professional camps with great experiences to share,” commented Océanic head coach Serge Beausoleil.

Never easy against the Armada< /p>

“There is never a picnic against them. It is a team that is always well prepared and plays with a lot of intensity. Double routines are always more difficult as well. We have to go back to our way of playing from which we moved away a little in Baie-Comeau. Our decision-making with the puck must be better, ”analyzed the Rimouski pilot, who expects to see some players give more.

The Océanic can count on the return of its number one defender, Frédéric Brunet, who comes back fired up from his participation in the Boston Bruins camp.

“I had the chance to play the three games in the rookie tournament and I did well enough to be invited to the big camp. It was quite impressive to participate in exercises with a guy like David Pastrnak. They liked my offensive game and they asked me to see both sides of the ice because that's what it takes to make a career. I found it difficult to see the Océanic suffer two losses in Baie-Comeau. I can't wait to start my season with the Océanic. I'm ready for this important weekend for the team and for our fans,” said the Bruins' 2022 fifth-round pick.

The Océanic organization invites fans to show up early at the Sun Life Financial Coliseum for the Opening Festival with entertainment and musical performances starting at noon Saturday and Sunday.