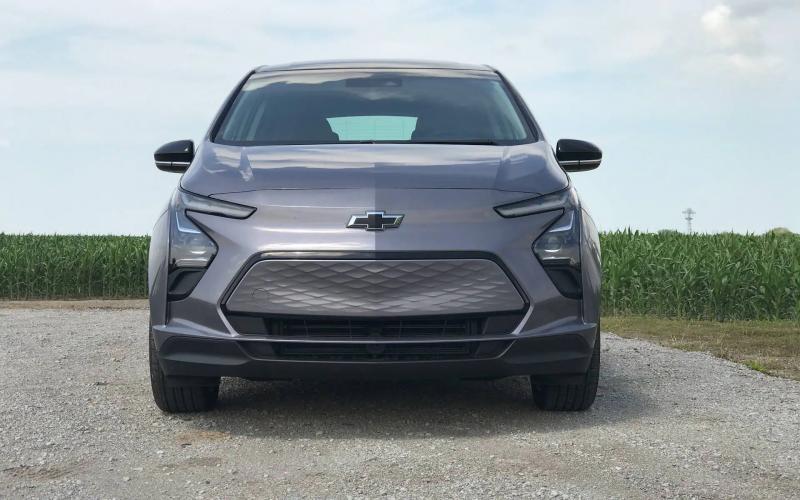 Returning from a trip to the United States, my sharp eye was able to see that the dealers of American and Japanese brands had a good inventory.

I am thinking in particular of this dealership Honda, which must have had in its possession a good twenty Passport and Pilot, something literally impossible with us. I also observed that at several Chevrolet dealerships, you could see some Bolt EVs and EUVs. Much more than on American roads, where except in California, electric cars are rare.

Knowing that here, it takes at least between 18 and 24 months to obtain a Bolt EV or EUV if you were to place an order today, I chose to improvise myself as a buyer for a few moments, in order to check if I would be possible to get our hands tomorrow morning on an American copy. This exercise is all the more attractive considering that Chevrolet USA recently announced a considerable price drop for these models. A drop of US$5,700 for the Bolt EV and US$6,300 for the Bolt EUV, bringing suggested retail prices to US$26,595 (EV) and US$28,195 ( EUV) before taxes.

My research allowed me to come across several units available at different dealerships, which also offer attractive discounts on new models. I found a base Bolt EV listed at $30 780 US at a New York dealership and a Bolt EUV Premier labeled at $33 190 US at a dealership in Albany, four hours from Montreal. Contacted by telephone, a representative of this dealership confirmed to me that the car was available and that it could be delivered without delay.

Obviously, the burning question remains that of the applicable government credits. Credits that do not apply for the purchase of a new vehicle outside of Canada, regardless of brand. However, Quebec grants discounts for used electric vehicles from the United States or elsewhere in the country, thus constituting nonsense. Reached by phone, people from the government's Roulez Vert program  of Quebec had nothing else to say than the laconic phrase “Thus are made the regulations”, without being able to justify them…

One can imagine that part of the answer lies in the support of Canadian dealerships. However, since these have nothing to sell and the objective is to multiply the number of “green plates” at home, we might as well put the odds on our side. Remember that buying a vehicle outside the country involves federal and provincial taxes, like any other product sold with us.

There is therefore no solution for the moment to be able to take advantage of the government rebates on an American vehicle, which could see its warranty suspended for the first six months on Canadian soil.

In conclusion, it is indeed possible to get your hands on a Chevrolet Bolt EV or EUV tomorrow morning and import it into Quebec, but for an amount that, in the end, will be considerably higher. In closing, know that currently, many consumers who have placed orders at dealerships are choosing to cancel them… Because they have found elsewhere or because the suddenly more uncertain economy scares them. So, giving your name today to a dealership for a Chevrolet Bolt or other model could potentially get you a cancellation that gets you behind the wheel of an electric vehicle sooner than you thought.