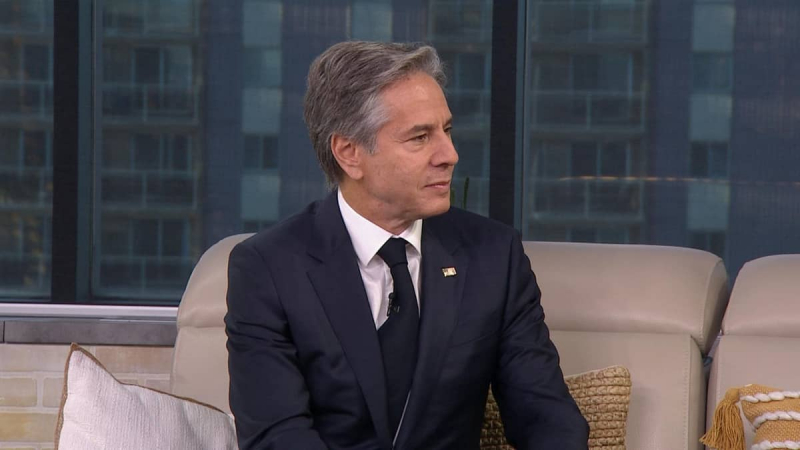 The appearance of the American Secretary of State, Antony Blinken, on the set of Salut Bonjour gave rise to the deployment of an impressive security device on Friday, when he gave his only interview in French to Gino Chouinard and Georges Pothier.

“When prime ministers come, there is always security, but here we are a notch above. He remains one of the most influential and important political figures in the world,” testified Gino Chouinard in an interview with the QMI Agency.

< p>With his news colleague Georges Pothier, he interviewed Mr. Blinken about Canada-US relations, environmental issues on the eve of COP27 in Egypt, Russian aggression in Ukraine, the situation in Haiti, tensions with China over Taiwan and issues relating to the defense of the Arctic. They also discussed Roxham Road, where many newcomers cross the Canada-US border.

In an interview with QMI Agency, Gino Chouinard was delighted to have had this “privilege” of to be chosen by the 60-year-old Secretary of State, who speaks French very well since he spent part of his youth in Paris. “It's not a trivial visit, because the people from the American Embassy told us that this is only the second time in 21 years that an American Secretary of State has come to Montreal. And what's more, that he's offering to come to our set, it's doubly spectacular for us.” saluted his team, who have spared no effort over the past few days to welcome Antony Blinken as well as the other guests on Friday, who had to submit to the security protocol.