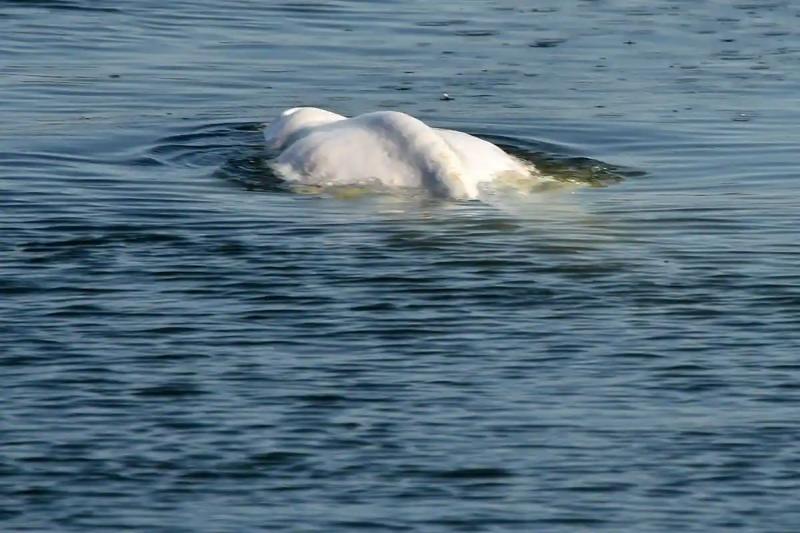 An operation to extract the beluga, a cetacean four meters long and about 800 kilos lost for a week in the Seine, a river in northern France, will be attempted on Tuesday evening, announced the prefecture.

At the end of this “out of the ordinary” operation, according to a specialist, the animal should be deposited for a few days in a seawater lock, the time to receive care, before being taken offshore to be released there. .

The exceptional presence of this marine mammal in the Seine, about 130 kilometers from the mouth of the river in the Channel Sea, arouses great interest, beyond the French borders, with a influx of donations from foundations, associations and individuals to try to save it.

Spotted on August 2, the cetacean usually living in cold waters was still Tuesday in the warm and stagnant water of a lock, 70 kilometers northwest of Paris, this which risks compromising its survival.

“An operation to transport the beluga lost in the Seine will be attempted today (Tuesday, Editor's note) in the evening”, indicated to the media the prefecture, which pilots the operation to save the animal.

The extraction should begin at 8:00 p.m. (6:00 p.m. GMT) and the transport of the cetacean must be carried out by truck to an as yet unspecified destination.

A member of the Marineland team in Antibes (south-eastern France), who arrived on the scene on Monday evening, indicated that the operation would be “out of the ordinary”

In May, it is an orca who had found herself in difficulty in the Seine. The operations to try to save the cetacean had failed and the animal finally died of starvation.

According to the Pelagis observatory, a specialist in marine mammals, the beluga “has an arctic and subarctic distribution. Although the best known population is in the St. Lawrence estuary (Quebec), the closest to our shores is in Svalbard, an archipelago located in northern Norway, 3000 kilometers from the Seine.< /p>

According to the same source, this is the second beluga known in France after a fisherman from the Loire estuary, the great river in the center of the country, brought one up in his nets in 1948.