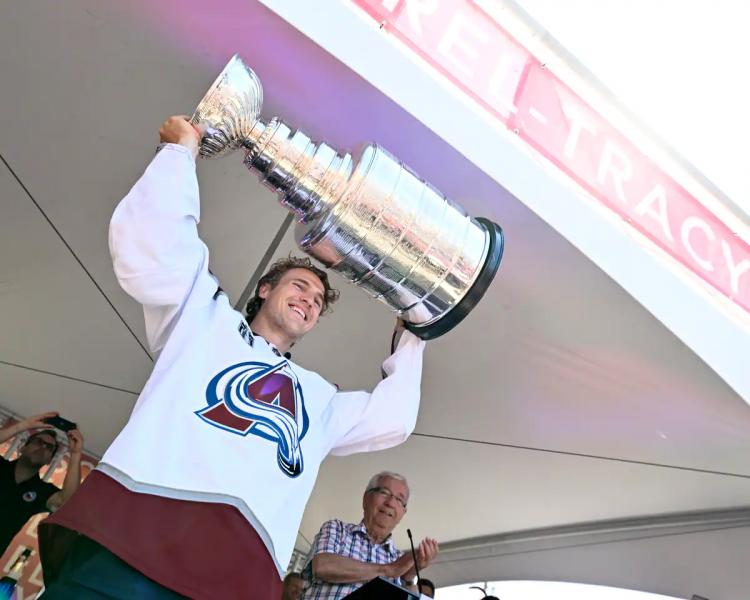 Quebec forward Nicolas Aubé-Kubel has decided to immortalize his blunder which has toured the hockey world and, at the same time, the coronation of the Colorado Avalanche in which he participated.

Aubé-Kubel has had a dented Stanley Cup tattooed around it, around which an avalanche is breaking.

Remember that the former Foreurs de Val-d'Or escaped Lord Stanley's trophy just before taking part in the traditional team photo around the precious object, on June 26.

Aubé-Kubel, who played 14 games playoffs with the Avs, found a job with the Toronto Maple Leafs this summer. He signed a one-year pact worth $1 million with the Queen City team.