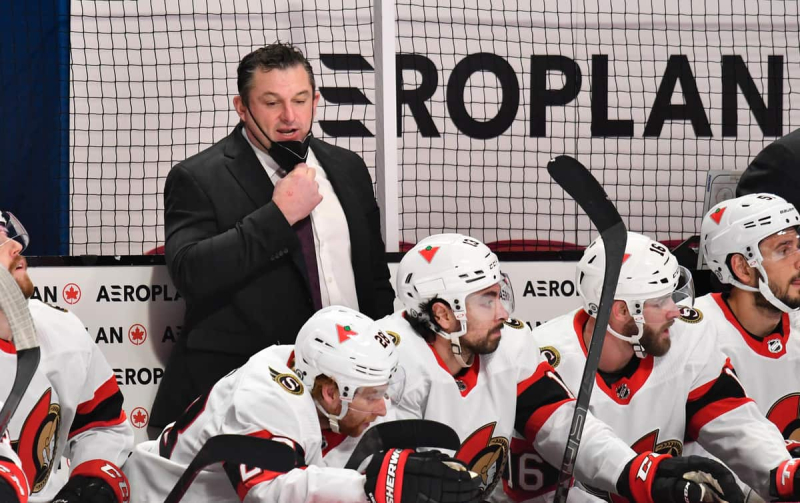 If the Ottawa Senators thought they were back on the road to victory, after two straight wins, the last game had the effect of a cold shower. < /p>

The “Sens” fell to the Los Angeles Kings, who came away with a 5-2 victory on Tuesday night. Goaltender Cam Talbot was kicked out of the game after yielding five times on the visitors' first 14 shots. in front of the media.

“We just weren't ready to play,” Tkachuk told the Ottawa Sun. There is no other explanation and there are no excuses. This is unacceptable. It's the whole team's fault that we weren't ready.”

For his part, the he head coach, D.J. Smith, took full responsibility for his team's poor performance in front of 13,549 fans.

“We were just flat,” said Smith. We gave way too many chances and we didn't put enough pressure on our opponents. It's my fault. Our preparation for the match starts with me, as a coach, and that is certainly unacceptable. My job is to make sure these guys are ready to play.”

“Maybe we should have had a skating session in the morning,” he added. We played with a lot of softness. The game completely got away from us in the first period and it was difficult to come back afterwards.

Ottawa is not having the expected season so far with a 10-14-1 record, the worst in the Atlantic section.

Recall that the Senators had made several acquisitions this summer, in the hope of reaching the playoffs, notably adding Claude Giroux and Alex DeBrincat. The latter has also hit the target only six times in 25 games this year, after a season of 41 goals last year.

The Senators will try to get up on Thursday night in Dallas, against the Stars.