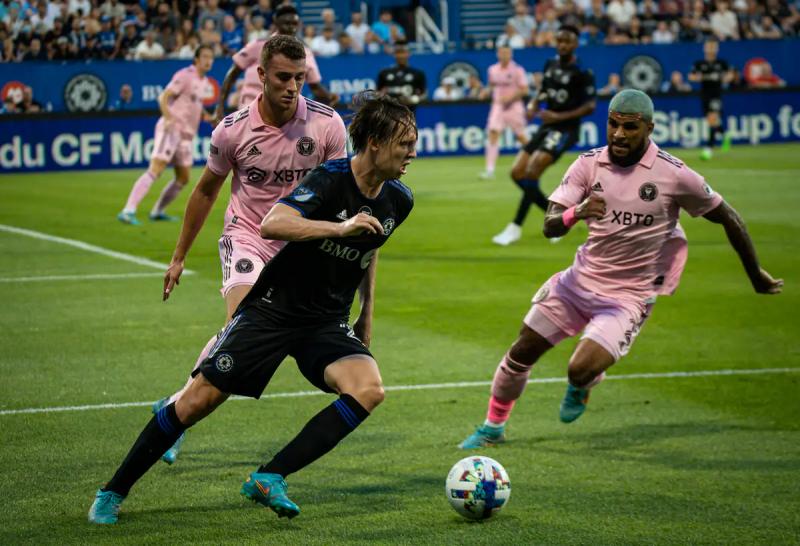 Despite a fifth game without defeat, CF Montréal missed a great opportunity to get three points in the standings against Inter Miami who served them on a silver platter.

This 2 2 to 2 draw leaves a bitter taste in the mouths of the players, but also of the supporters, after the victory in extremis, Wednesday, against the Crew in Columbus.

But back to the game against Miami. The formation of Florida may have given the most beautiful invitations, the men of Wilfried Nancy did not know how to take advantage of it properly. It's something quite rare to see a team that puts no pressure on the opponent when they have the ball, which allows them to attack easily and have countless chances to score.< /p>

CF Montreal could do whatever they wanted, moving the ball as they pleased and throwing in the pass lines without really being worried. For example, Samuel Piette had all the time in the world to find Quioto, on the team's first goal. On the second achievement, he made a center towards Mason Toye, which led to a penalty, materialized (again) by Quioto. Everything was done with abnormal ease while the Quebecer was under no pressure.

Miami's three centrals and their midfielders did not defend well and did not even try to defend well. The result was a draw due to a general lack of quality in and around the penalty area on the part of the Montrealers. Toye, Lassi Lappalainen and even Djordje Mihailovic had several chances to score or provide an assist.

In my last column, I expressed my appreciation for defending CF Montreal well against New York City FC. This appreciation only lasted a week since the club unfortunately returned to normal. On Miami's two goals, CF MTL suffered from deficient positioning in defense, a lack of anticipation and concentration. Waterman and Rudy Camacho are having a good season, but they struggled a lot in this game.

On Miami's second goal, Waterman was completely out of position, allowing three players to get away. bring them into Montreal territory against only two CF Montreal players. We can't afford it.

Besides Waterman and Camacho, I thought Toye and Mihailovic could have given more. Especially Mihailovic, who is capable of producing beautiful music, but who, at the moment, is singing out of tune. It's very easy to criticize that from the outside, but I know things can be complicated during a match.

However, it was very clear that Victor Wanyama should have been substituted, and this , at the end of the first half. He was not as usual. He participated very little offensively and did not protect the defensive line well. He looked like a player with no energy. He should have been given a rest and replaced by an energetic young player, like Ismaël Koné, to match Piette.

I'm surprised that Miami coach Phil Neville and one of the owners David Beckham have run such a weak team since entering MLS.

Still, they have is probably one of the best teams that Manchester United has been able to put on the field. The team is playing with very low energy, without any defensive skills. With 39 goals allowed, she is among the worst in the Garber circuit.