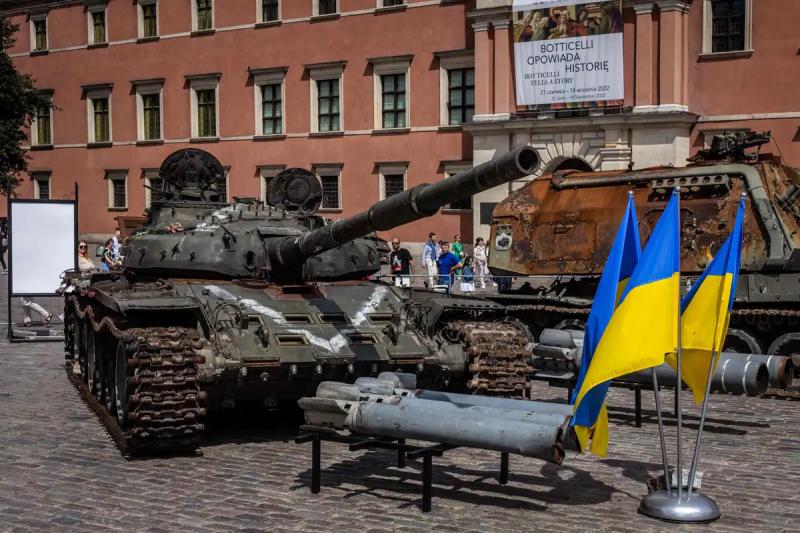 The Russian occupation authorities in southern Ukraine on Monday raised the postponement of a referendum on annexation planned by Russia, in the midst of a counter-offensive by Ukrainian forces in this region.< /strong>

Kyiv claims successes on this front by striking deep into the logistics of the Russian army in the Kherson region, occupied since March. Moscow, for its part, ensures that it inflicts heavy losses on its opponent.

“We were prepared for the vote, we wanted to hold the referendum very soon, but due to current events, I believe we are going to take a break,” Kirill Stremoussov, deputy head of the administration of Russia, told Russian public television. regional occupation.

Soon after, he tempered his remarks on Telegram by returning to the term “pause”, but noting that “everything is not going as fast” as expected. According to him, “the referendum will take place whatever happens”, but the date cannot be fixed.

For weeks, the occupation administration of the regions of Kherson and Zaporijjia said it was preparing “referendums” to attach these regions to Russia this fall, a scenario already implemented in 2014 during the annexation of Crimea.

But Kherson and its region are targeted by a counter-offensive by Ukraine, which claims to have recaptured territory, inflicted losses on the Russians and disrupted supply lines by rendering the main bridges in the area, cut off from north to south, unusable. by the Dnieper River.

On Sunday, a Russian ammunition depot was destroyed, according to the Ukrainian army, in Tomyna Balka, a town west of Kherson, as was a pontoon bridge near the village of Lvové and a Russian army control center southeast of Kherson.

Ukrainian President Volodymyr Zelensky for his part announced on Sunday evening the resumption of “two localities in the South” and one in the East, without specifying their names.

As for Ukrainian military intelligence (GUR), it assured on Monday that it had destroyed in the Zaporizhia region a depot where ballot papers for the “referendum” wanted by Moscow were stored.

“All the bridges” on the Dnieper river in the Kherson region “are out of order”, spokeswoman for the Ukrainian army's southern command Natalia Goumenyuk told a press conference, adding that “three floating bridges” built by the army Russian had also been destroyed.

The Russian Ministry of Defense for its part claimed to inflict heavy losses on Ukrainians “who are trying to put down roots in certain areas” of the south.

The last operating reactor of the largest nuclear power plant in Europe, in Zaporijjia (south), at the center of all concerns and where experts from the International Atomic Energy Agency (IAEA) are located, was disconnected from the network on Monday, due to bombardments which caused a fire, according to the Ukrainian operator Energoatom.

On Monday evening, the IAEA clarified that the power line in question had been “deliberately disconnected in order to extinguish a fire”, but that it had “not been damaged” and that it should be reconnected as soon as possible.

In his daily intervention, the Ukrainian president indicated that the report of the IAEA mission “should be published tomorrow” (Tuesday). “I hope he will be objective,” he added.

Russia have currently halted most of their attacking effort after some success in the east. The Ukrainian army, armed with Western military supplies, launched a counter-offensive in the south a week ago.

Russia continues to strike Ukrainian cities with its artillery and missiles.< /p>

Thus, in Mykolaiv (south), “powerful explosions were heard in the city last night,” Mayor Oleksandr Senkevich said on Telegram, indicating that there were no victims.

In Kharkiv, the big city in the northeast near the Russian border, “3 people were injured by the bombardments” on Sunday evening, according to Governor Oleg Sinegoubov. In the same region, 2 civilians were killed in a Russian bombardment on Monday morning, in Zolochiv.

According to the Ukrainian authorities, three civilians were killed on Sunday in the Donetsk region (east) and a woman on Monday in that of Dnipropetrovsk (center).

On the diplomatic and economic level, the European Commission and Ukraine signed an agreement on Monday on aid of 500 million euros which will be devoted to housing and education for displaced people as well as to agriculture.< /p>

Reacting the same day to the election of Liz Truss as British Prime Minister, Mr Zelensky said he hoped she would help “thwart all destructive efforts of Russia”.

Saying he was “looking forward” to future cooperation with Ms. Truss, whose country is one of Kyiv's main supporters in Europe, he felt that she “has always been on the right side of European politics”.

Ukrainian Prime Minister Denys Chmygal for his part pleaded for “the introduction of a total energy embargo against Russia”.

But in this area, it is the Europeans who are currently victims of their dependence on Russian gas.

The Kremlin thus assured Monday that the cessation of deliveries to Germany via the Nord Stream gas pipeline was the sole fault of the West, their sanctions preventing the maintenance of gas infrastructure.

“The problems of pumping (of gas) have arisen because of the sanctions of Western states. There is no other reason for these problems,” said Kremlin spokesman Dmitry Peskov.

He was speaking a few days after the complete shutdown of Nord Stream, a crucial gas pipeline for the supply of Europeans who fear an energy crisis this winter.