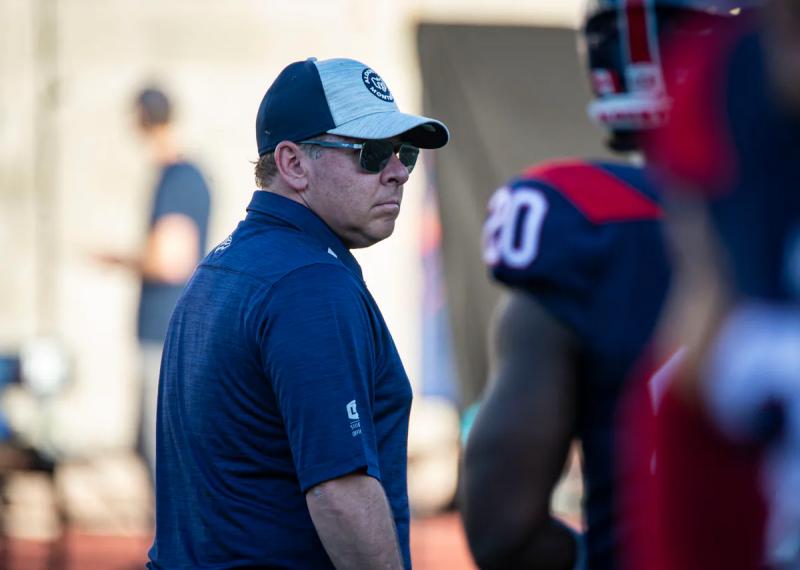 In his first game at the helm of the Alouettes last week, Danny Maciocia found himself in a peculiar situation.

The one who also holds the position of general manager had a headset with his team's game plan in his hands. We saw him chat with his coordinators Noel Thorpe, Anthony Calvillo and Byron Archambault during important moments.

“My role is a bit of being a game manager and making the big decisions like in third down situations,” Danny Maciocia said of his return to the sidelines. It's my coordinators who will call the plays during the matches.

“From time to time, I might come up with an idea. In the first game, they did a great job. On offense, they have four touchdowns in five appearances in the paying zone. I was so happy for Anthony (Calvillo).

For those who know Maciocia, he is not the style of coach to have an unobtrusive role in the games he leads.

“It's just a temporary position. I'm lucky to have the assistants we have in place. They are the ones who will manage, but I am always present in the meetings and I ask questions.

“Am I used to this role? Not at all. I found that a bit difficult, but that's part of the current situation.”

We must not forget that he is responsible for the presence of the three coordinators with the Alouettes. Three men in whom he has great confidence.

A transfer of penalties

Again, indiscipline was one of the factors in the loss of the Alouettes. Maciocia's men gave the Edmonton Elks 180 yards on a silver platter.

The football man brought a different perspective to this situation.

< p>“The thing we did was we took over-roughing penalties and transferred them to interference penalties on opposing receivers,” Maciocia explained. The good news, we avoided the 15-yard penalties. The bad, you have to be able to play the ball better when it's in the air.

“It gives the opponent yards and you can't afford it. It's a new system for our defense.”

He does not, however, throw the stone at the defensive back against Wesley Sutton who received several costly penalties against Edmonton.

The players haven't given up, but they know they need to play better.

“We don't like not having a 1-4 record, pointed out Kristian Matte. We have lost by one point, but we haven't played a game where we were good in all three phases of the ball at the same time.

“We lack the instinct of the killer. We have it maybe for two or three quarters, but not for 60 minutes. You have to try to always play the right way, regardless of the score that is on the scoreboard. You can't take it easy. In the CHL, that can change very quickly.”

The offensive lineman believes that players have to look in the mirror for their current performance.

“We often shoots himself in the foot with penalties, breakaways and interceptions. It's not just one person, it's the 12 guys on the pitch. That's what's killing us right now.”