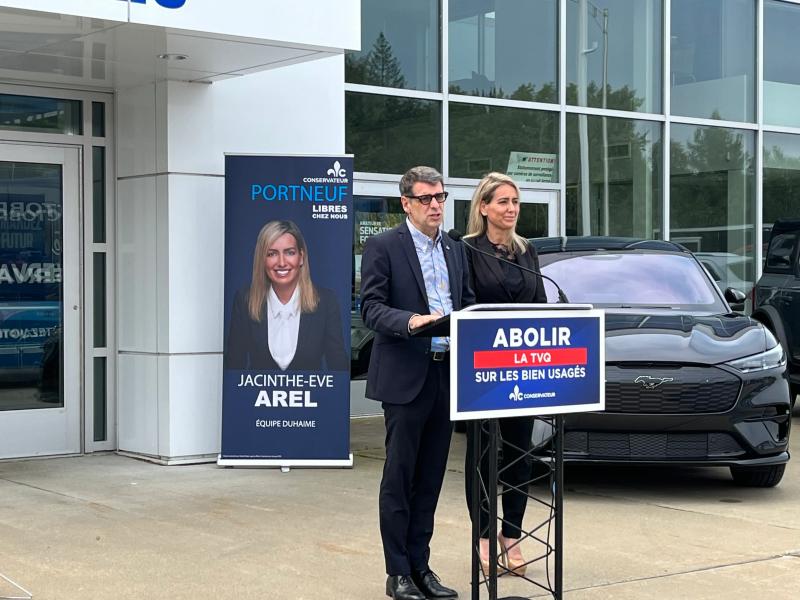 After four errors on the signs of candidates of the Conservative Party of Quebec, another error crept on a poster during an announcement on Friday.

Eric Duhaime's party proposes to abolish the sales tax on used goods. On the sign on the podium, it was instead written “good”, without the agreement of the plural.

The errors on the other signs concerned the names of constituencies. In this case, it is a French mistake.