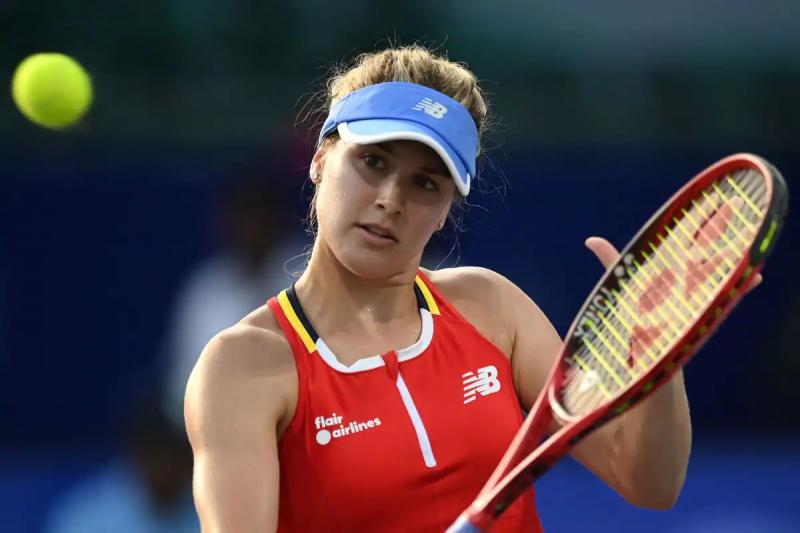 Ranked 902nd in singles, “Genie” needed 2 h 13 min to defeat the 359th racket in the world. The winner erased a 5-2 deficit in the second set to eventually go to the tiebreaker, during which she took the last five points.

Bouchard pocketed 66.7% of the points played on his first serve and 64.5% of those played on his second. She also had three breaks in eight attempts.

The Maple Leaf athlete will look to continue her success in the third round, where she will face Germany's Tatjana Maria, seeded fourth, or Argentina's Nadia Podoroska, 298th on the WTA Tour.

In doubles, Bouchard and her Belgian partner Yanina Wickmayer will face Russians Anastasia Gasanova and Oksana Selekhmeteva in the second round.

Also in India, Ontario's Rebecca Marino also earned a spot in the quarter-finals with a 7-5, 6-3 victory over Poland's Katarzyna Kawa.

The seventh seed dominated her opponent in all categories of the game. In particular, she took advantage of an effective first ball to win 68.3% of the rallies in similar circumstances, and was also better than Kawa with 43.2% success in return of first serve.

Marino broke her rival four times, while she let her serve slip away once per set.

The 31-year-old Torontonian could come across a another Pole, Magda Linette (3rd), or Selekhmeteva.

In addition, the Canadian Gabriela Dabrowski and her Brazilian partner Luisa Stefani easily defeated the British Katie Swan and the Greek Despina Papamichail in two sets of 6- 4 and 6-1. The Ottawa native and her sidekick are the top seeds in the women's doubles tournament.