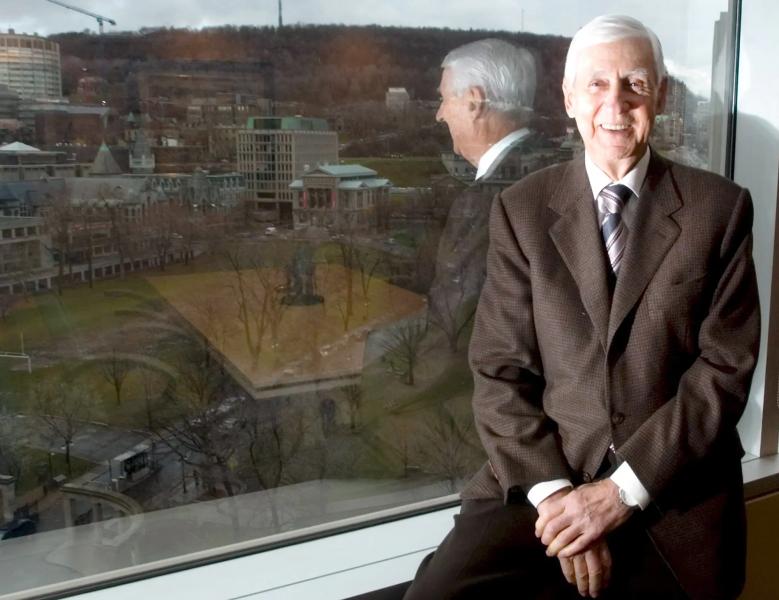 I will no longer see that slender man with the shy smile approach me to shake my hand.

I will no longer see him laughing if I tell him that he chooses women who are too young when he is accompanied by his daughter or a granddaughter. For years, it was with Lucie on her arm that I always met André. They were inseparable. I met them at Duceppe's or at the Rideau Vert, sometimes at a charity ball or a reception, at a concert or in television studios.

Lucie loved artists. She was a real groupie. She never tired of seeing in the flesh the stars she assiduously followed on channel 10. A rather reserved man, André was forced to hang out with her backstage at Télé-Métropole, which he had acquired in 1986.

I met André when he was the big boss and I had just turned my back on TQS, which was to compete with Télé-Métropole. I had written Banana peel, a series I had taken out of Radio-Canada because of a disagreement with director Raymonde Boucher.

She didn't want to hear about Louise DesChâtelets in the title role of Simone Saint -Laurent.

It was Louise who suggested that I invite the Chagnons to the countryside. To my surprise, they accepted, they who rarely left Vaudreuil on beautiful summer Sundays. Lucie took the opportunity to learn all about “Madame Saint-Laurent”. André spoke to me about television, but above all about a very special project he had for the Saguenay region.

A little later, my daughter-in-law Alice Savage, an electrical engineer, was “loaned” by Hydro-Québec to Videotron to install a system called UBI in Chicoutimi and Jonquière. UBI would become the first information highway in Quebec. Each terminal would provide access to a host of services: bill payment, e-mail, purchases, video, movies on demand, interactive games, etc.

This wonderful service would be free ! Alice couldn't believe that I personally knew “Monsieur” Chagnon.

For her, he was a visionary, a genius like Graham Bell. Alas! the visionary was overtaken. At the turn of the year 2000, UBI and Videoway, its two creatures, became the collateral victims of the internet.

In 1996 and 1997, after a few almost incredible transaction attempts, Videotron acquired CF Cable, which controlled the CFCF and TQS channels. TQS and Télé-Métropole temporarily found themselves under the same owner, first the Pouliot family, then the Chagnon of Videotron.

The CRTC refused such a “monopoly” and TQS was sold to a consortium bringing together Quebecor and Cogeco, Télé-Métropole remaining in the bosom of Vidéotron. To her great relief, Lucie could continue to date her stars, including me, who had a new wife.

In July 2001, Quebecor acquired Télé-Métropole. But Quebecor must sell its share in TQS. The chain is awarded to Bell and Cogeco. Dear Lucie definitely loses her pass for the stars of the small screen, but the poorest children in Quebec gain a godmother and a godfather who enrich the Lucie and André Chagnon foundation with
$1 billion 400 million, which they had created the previous year.

Often, during a social event, André had to momentarily leave Lucie, whose memory flew away more and more. Maryse or I then kept her company. Lucie died in 2014.

André kept her ashes at home, continuing to give her an account of his day every evening.

As every young lover does !