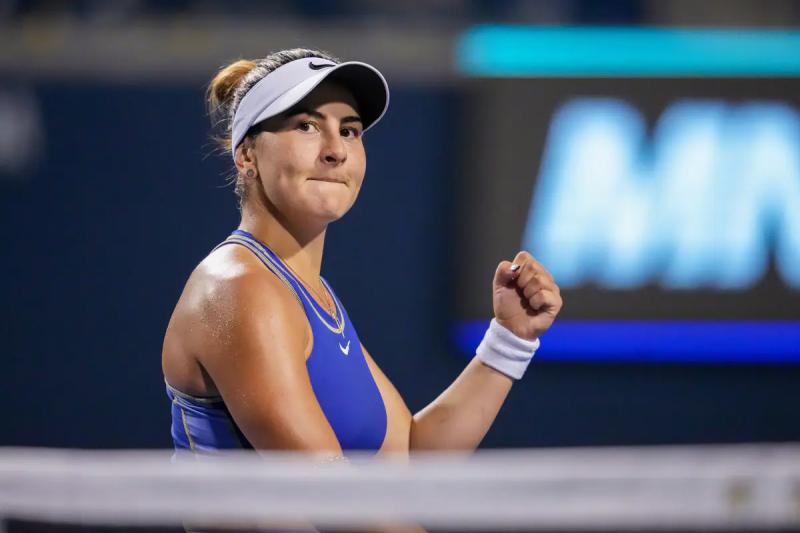 TORONTO  |  Bianca Andreescu feared the French Alizé Cornet. “Both times we faced each other, she kicked my ass! the Canadian had launched with a laugh on Tuesday.

But the rule of “never two without three” did not hold, Wednesday evening, on the center of the Omnium Banque Nationale de Toronto. This time, it was Andreescu who had the upper hand over the 40th in the world, 6-3, 4-6 and 6-3, in 2 h 26 min of play.

She is the last representative of the Maple Leaf in the running in Toronto and she will face the 51st player in the world, China's Qinwen Zheng, on Thursday evening.

“I tried new tactics [in this match], explained Andreescu, about this first victory against Cornet. Also, the surface was different. Her two victories were on grass, a surface on which she excels. I think she is also excellent on hard court, but on this surface, my game responds better to hers. »

It was one of those rollercoaster matches that Andreescu has gotten us used to. The former fourth racket of the WTA, dropped to the 53rd level after two years plagued by injuries, exchanged breaks with her rival almost throughout.

The 22-year-old Ontarian, however, could have s get out of it more easily if she had made more of the break opportunities offered to her by the 32-year-old athlete (7 in 13).

But still, the winner of the day felt she had played better than her rival “in key moments”. “That's what made the difference, I think. She is very talented, very consistent. But I was better when it counted.

“But I really had to push through the tough times. We both wanted the win, ”she also noted.

Thanks to this triumph, Andreescu now has eight wins in as many games in the big draw in Toronto. She had been crowned in her last appearance, when she was only 19 years old.

She jumped onto the court shortly after American Serena Williams, who was playing the previous match, received an ovation after his defeat, in what will have been his last appearance on Canadian soil.

Already one of the favorites of the crowd, “Bibi” claims to have taken advantage of this energy which reigned in Sobeys Stadium .

“I absolutely loved it,” she pointed out. I have never played in front of a crowd like this. I hope it will be like this for the rest of my tournament. »