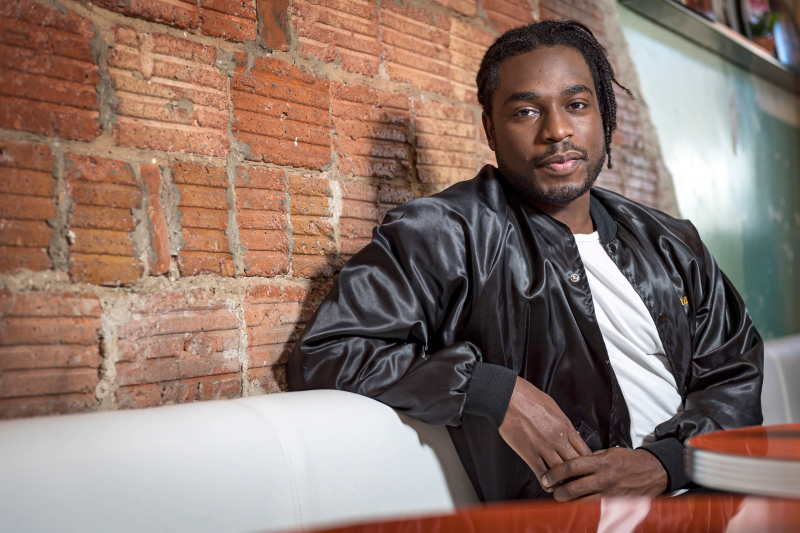 At the moment, comedian Anglesh Major can be seen in the series Stat and Larry on HERE tou.tv. But you can also find out what he reads here!

Which book do you want to start this interview with?

I like all things philosophy and at the moment I am reading Le temps (qui passe?) by Etienne Klein. This French philosopher and physicist has already written several books and I really like his way of thinking. Here, he wonders what time is and that excites me because time is part of our lives, because we say every day: “I don't have time.” We manage to name it, but what is it really? We don't really know…

What is your most recent crush, on the novel side?< /strong>

The monster by Ingrid Falaise, who tells a true story, but in a novel. I auditioned for a role in the TV series that was made out of it and it didn't work out. But recently I saw the book and thought it would be fun to read it. I fell in love with Ingrid Falaise's writing. Yes she speaks of a monster, but she does not describe him as a monster. On the contrary, he is a super sweet and handsome man. It happens often and that's why narcissistic people manage to make victims. His book shows it well.

So far, what are your main favorite books?

In the end, what I remember are the books that really made me evolve. And there are a few:

Do you remember the book thanks to which you started to love reading?

It might sound kitschy, but it's with the Harry Potter series. In 6th grade, when I started reading it, I was eagerly awaiting the next volume. It really made me love reading and even today, I tell myself that I lived with it. As soon as the characters went to sleep, I went to sleep too. And the next day, I woke up with them!

Can you tell us about a thriller that you loved?

The void< /em>by Patrick Senecal. My God! It is the story of three men: a detective who investigates murders, a billionaire and a psychologist. There is no connection between them, but they will eventually meet because they have all gone too far. What I liked about this novel is that it makes us see the dark sides, no matter what we do.

Which character in a novel would you like to you one day be able to embody?

I would say Patrick Bateman, the main character of American Psycho by Bret Easton Ellis. This is the first novel I have read in English and I have stopped several times to understand words. That said, I wondered how this character could have become what he has become. I would have loved to play him before he became this killer, to play his child version. What is the preparation of an actor to do this role? There are gray areas in this character that you have to accept. I find it dizzying, actually.

What are you reading at the moment?

My Stat texts! That's really what I'm reading right now! But I also caught myself re-reading Frankenstein or Mary Shelley's Modern Prometheus. It was its cover page, with the big eye, that attracted me!