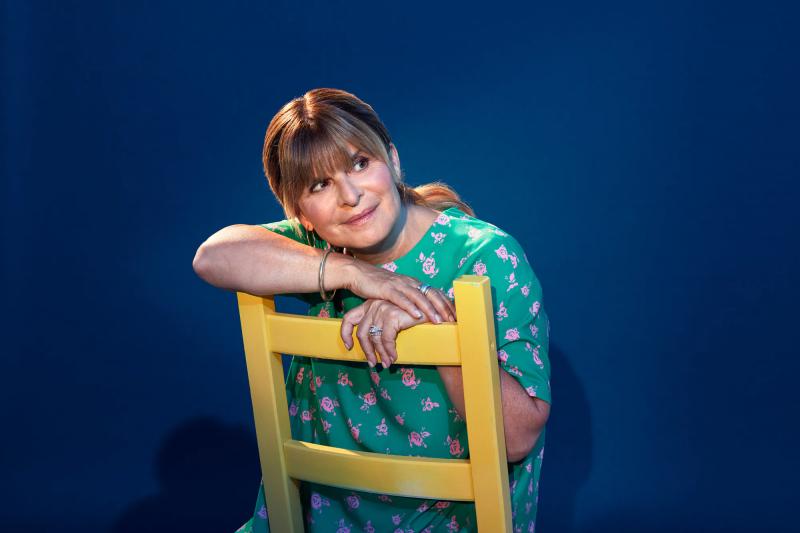 Guylaine Tremblay has just arrived from Charlevoix, her haven of rest, where she spent part of the summer. “I like to watch the river, to be contemplative, to think of nothing,” explains the native of Petite-Rivière-Saint-François. Rejuvenated, after an intense start to the year, the actress is ready to defend a demanding role, that of a torn woman in the new miniseries Anna et Arnaud.

“I really had a crazy winter”, she realizes when referring to it.

In fact, her beginning of he year has been a whirlwind of varied and stimulating projects. Among them, Anna and Arnaud, of which viewers have already been able to appreciate two episodes, where she portrays the character of Anna, a mother struggling with anxiety, expectation and a deaf concern vis-à-vis her itinerant and drug addict son.

The reality of the street

From the outset, the actress is enthusiastic about the miniseries and is grateful.

“I was offered an extraordinary, complex female character. She is alone in her suffering, often has to lie. One of my challenges was to embody her, keeping in mind that she must find a way to continue her life, even if her son's situation never leaves her. In a happy hour, when she listens to the weather forecast, everything brings her back to that reality. Francine Ruel says it well in her novel: “I need to mourn a living child”. How do we do that?”

A character with an insoluble problem.

“If it's been three months since you've seen your child and he comes to you asking for money, is it true that he's going to buy a phone or he's going to buy drugs? The character of Anna is always taken”, observes the actress.

Although the story is hard, the actress recalls that there is also a lot of light.

“It's heartbreaking, but it's a beautiful love story between a mother and her son. You feel that these two love each other”, she says while insisting on how great she found the actor Nico Racicot who plays her son.

For her, Anna and Arnaudis a meaningful series. “I believe it will open everyone's hearts. And you don't have to be a parent! Every human you see, you never know what's really going on in their life. A homeless person we meet in the street, he may have children. He has a father, he has a mother, he had a life.”

A sensitive project that will undoubtedly deconstruct judgments, she hopes, and that will help demystify the world of homelessness.

A beloved actress of viewers, Guylaine Tremblay has accumulated significant roles over the years. With her performances in La petite vie, Annie et ses hommes, Unit 9 or In any case, she is managed to seduce and move people with the truth of her interpretations.

“I was lucky, I was really fulfilled”, she says.

Perhaps because of the accuracy and sincerity of her acting, the actress also joined the faculty of Star Académie last winter.

“I was very surprised when Jean-Philippe Dion called me. After reflection, I realized that it was true, that I was at the age of transmission.”

Like her tribute show to Yvon Deschamps, the one who n had never taught embraced a project that differed from his usual universe.

“Young people will make their way with their vocal talent, but I still have experience in the profession that can light up some lights,” said the interpretation teacher, who gives a very positive assessment of her experience.

“The academicians were really motivated, they want to make a career out of it. They were sponges. You feel useful, really a lot.”

“I have reached the age of fun: I can continue to be a performer and play like when I was 20, but I have also the age to pass on my way of seeing the profession and my knowledge”, considers the one who will mark her 62 years in October.

This year, the actress who won multiple Gémeaux and Artis awards was also awarded the prestigious honorary distinction of the Order of Canada.

“They explained to me that it was for my professional background, but it is also attributed to those who are involved in their community. I then felt more at ease to accept”, humbly explains the artist.

“I consider that I do what I have to do for my job. In that sense, I tell myself that every worker deserves such an award, do you understand? But if it can reflect on the organizations in which I am involved, it is frankly perfect, ”said the one who has been involved with the Maison Bleue for 14 years and is also faithful to the mission of the Maison Dauphine in Quebec.&nbsp ;

When it is mentioned that she certainly still has several great roles to come for her, the actress bursts out laughing.

“Well yes, there will be others, I know. The advantage of this job is that you can grow old. I am lucky to be healthy and in great shape.”

Between these next roles, the artist will take on that of grandma for the first time with the arrival of a granddaughter in November. A gift of life that she awaits with great impatience.

♦ Anna and Arnaud is broadcast on Tuesdays at 8 p.m. on TVA.

“Obviously, comedy-wise, it's the rebel Caro from La petite vie“. It is this rebellious and temperamental character that made the actress known to the general public.

“I still have a lot of affection for Annie,” says the actress who played the endearing Annie Séguin for seven years.

“Réjeanne in Against all hopewas a defining role for me in my film career. It is a flagship work of Bernard Émond, “says the actress. Alongside Guy Jodoin who plays her husband Gilles, she plays a laid-off telephonist. The couple without history will live a real descent into hell. The actress won the 2008 Jutra for Best Actress for this film.

“There are several characters from theater that I loved to play and that were decisive for me. She talks about her recent teacher from Underground Summers, this custom-written solo by Steve Gagnon that she performed on stage in 2021 and will bring to the theater again in 2023. “But Nana, it was really an extraordinary experience to play Michel Tremblay's mother! »

You can't miss the star character of the famous prison drama Unit 9. The role of Marie Lamontagne allowed the actress to systematically win the Artis prize for best female role five years in a row, from 2013 to 2017. “Marie is still a part of me. Each of the characters we have played is important. It's something that never goes away, the characters that have inhabited you. It's a bit like it was part of your family afterwards, it seems,” smiles the actress.

Guylaine Tremblay continues the tour of his solo show I don't know how, I don't know why, a tribute to Yvon Deschamps where she shines by making people laugh and touching her audience.

“The title of my show, from of a song by Yvon, conveys this idea that I don't really know why, but I always loved him,” explains the artist, with sparkling eyes.

< p>Prepared during the pandemic, this intimate project, co-written with Michel Poirier who also signs the staging, brought the actress out of her comfort zone. She performs there about fifteen songs from the comedian's repertoire which shed light on her own monologues in which she tells herself.

“That's the beauty of getting old. I can try things just for the fun of trying them, exploring and continuing to grow as an artist. I find it wonderful!” she philosophizes.

“That doesn’t prevent doubt,” she continues, laughing. During the premiere of my show, I said to myself “Oh my god! But what am I doing here!” But doubt, it is necessary. It's a good engine.”

Given the more than enthusiastic reception from the public, it seems that the doubt has been beneficial for the artist.

< p>♦ Extra on November 20 at Théâtre Maisonneuve in Montreal.