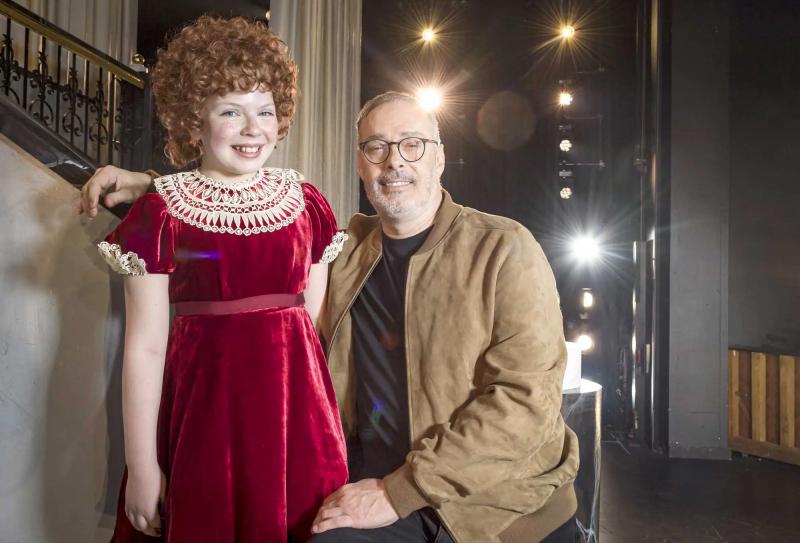 Serge Denoncourt remembers seeing the musical Annie on Broadway… and never having really didn't like it.” The director therefore has the firm intention of presenting an enhanced interpretation of this classic to Quebec audiences. And he knows exactly how to do it.

The memory remains vague in his memory; he must, after all, have been in his twenties when he saw the musical on stage for the very first time, on New York's main cultural thoroughfare. One thing, however, remained with him.

“I didn’t like the staging at all. And that's perfect; today I can make things fun that I didn't find fun at the time”, lets know Serge Denoncourt laughing.

Annie, for which he has translated, adapted and directed, will therefore mark the return of musicals to the Just for Laughs festival, three years after the resounding success of Mamma Mia!&nbsp ;

After this shutdown forced by the pandemic, the choice to put on this show rather than another is not at all random.

“Families want to hang out, have fun. Parents want to take their children to see a show that interests them as much as they do. It’s real entertainment for the whole family,” says Serge Denoncourt.

An Annie unearthed in Florida

Good point. But there's also the fact that even though “absolutely everyone” knows Annie's face, few people know each of the twists and turns of the original work, presented for the very first time in the spring of 1976. But these, they each have scenes etched in their memory, as much thanks to the show as to the countless film and television adaptations that have since emerged.

“I realize that there is a whole generation of girls who love Annie. They flip! I'm not part of that world so I didn't suspect it, but I realize how many fans there are”, underlines Serge Denoncourt.

Among this legion of fans, he there's Kayla Tucker, who will be donning the red wig starting this week.

Born in Quebec, the 11-year-old girl grew up on the North Shore of Montreal before moving to Florida, where she has been doing auditions since. She even tried her luck – in vain – to play Annie, both on Broadway and on NBC.

“When we found out that they were auditioning in Quebec, I I thought it was a sign. This is my favorite movie! I watch it all the time. When I saw myself with the wig for the first time, I was shocked!” she enthuses.

The little girl does not hide it, her biggest dream would be of a day treading the boards of Broadway. In what show? His answer illustrates his candor.

“Oh my God, whoever! As long as I'm on Broadway, I'll be happy!” she exclaims.

In the meantime, there is always the St-Denis in Montreal, then the Salle Albert-Rousseau in Quebec City where she can cut her teeth all summer long. .

The musical Annie will be presented in the metropolis from June 22 to July 24, then in the Old Capital from August 12.