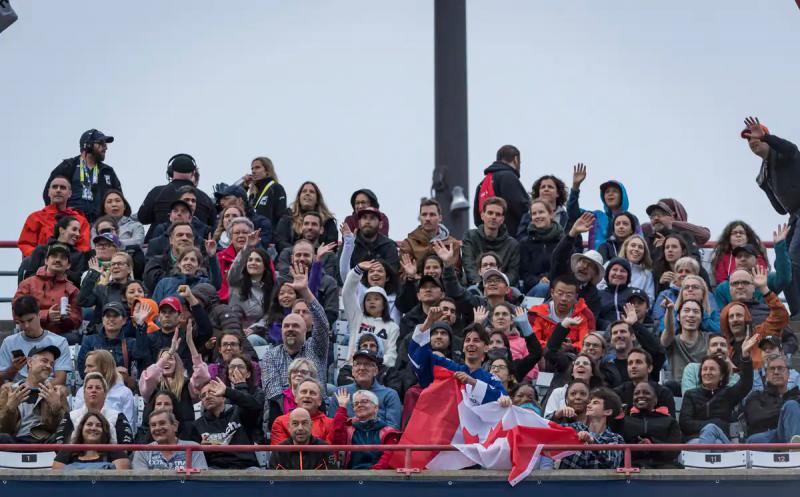 The National Bank Open broke another attendance record for its 2022 edition. A total of 237,158 spectators attended the ten-day event. < /p>

This is 12,000 more than the mark that was established in 2019. Before the final on Sunday, director Eugène Lapierre gave a positive assessment of his tournament, especially after two difficult years due to the pandemic .

The federation has been forced to make massive staff cuts as some development programs have been put on hold. This year's cash inflow will therefore do a lot of good for Tennis Canada.

“It’s great because we really lost a lot of money, especially in 2020, mentioned Eugène Lapierre during a press briefing. Last year, we were able to break even.

“However, we are doing this tournament to inject money for development. For us, it's a boost. Of course, we'll have to see what's left after the expenses.”

Lapierre and his team have been busy over the past week. At first, they had to deal with the rain on Monday and Tuesday.

On the field, they saw their first three seeds eliminated in their first matches. Daniil Medvedev, Carlos Alcaraz and Stefanos Tsitsipas went through the mill on the same day.

“Everyone has talked about the seeds falling, but when it happens, it's because there are good players who have beaten them. This is the case of Hubert Hurkacz and Pablo Carreno Busta who are in the final today (yesterday).

“It made me happy to see new tricks.”

With the elimination of several favourites, it was the performances of Félix Auger-Aliassime and Nick Kyrgios that kept fans interested until Friday.

The two players stirred up the crowd several times. They made the fans experience great emotions.

“A lot has happened in the last week,” Lapierre said. If I had been told that Félix would go to the quarter-finals, I would have signed immediately.

“Alexis Galarneau's match against Grigor Dimitrov was also interesting. Just like the clash between Daniil Medvedev and Nick Kyrgios.”

To return to Auger-Aliassime, he believes that he reacted well under pressure.

“He had pressure on the shoulders. It may have been felt in Game 3, Lapierre added. I was sure it would happen in the first match with the Japanese (Yoshihito) Nishioka.

“It was not an easy match. He was well prepared and he didn't seem to have any expectations. Same thing in his second game. I was happy to see him play at this level of play.

“For the third game, he will have to learn some things, including not letting expectations get to him. He will do better next time.”