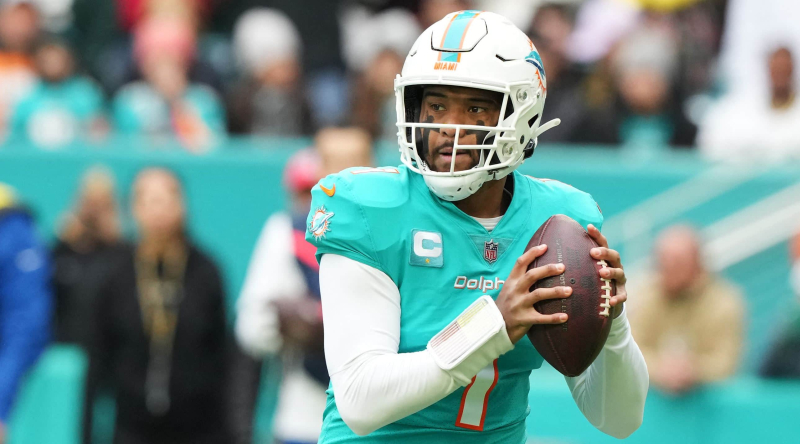 For the second time this season, quarterback Tua Tagovailoa's name was placed on the NFL's concussion protocol on Tuesday.

Miami Dolphins head coach Mike McDaniel confirmed this the day after his squad lost 26-20 to the Green Bay Packers.

According to McDaniel, the Hawaiian center has admitted to experiencing symptoms of concussion at the end of the game, during which he threw for 310 yards.

“I care about the well-being of every player seriously and I take that very seriously, said the pilot of the Dolphins, whose remarks were taken up by the ESPN network. I want [Tagovailoa] to be healthy. The priority is the human being and making sure everything is in order.”

This is not the first time that a similar situation has arisen in the case of the confidence quarterback of the Florida team. Facing the Buffalo Bills in September, he seemed totter after taking a hard contact. Then, four days later, he was hospitalized after sustaining a concussion against the Cincinnati Bengals.

Teddy Bridgewater is expected to be behind center for the Dolphins when they visit the New England Patriots , Sunday.