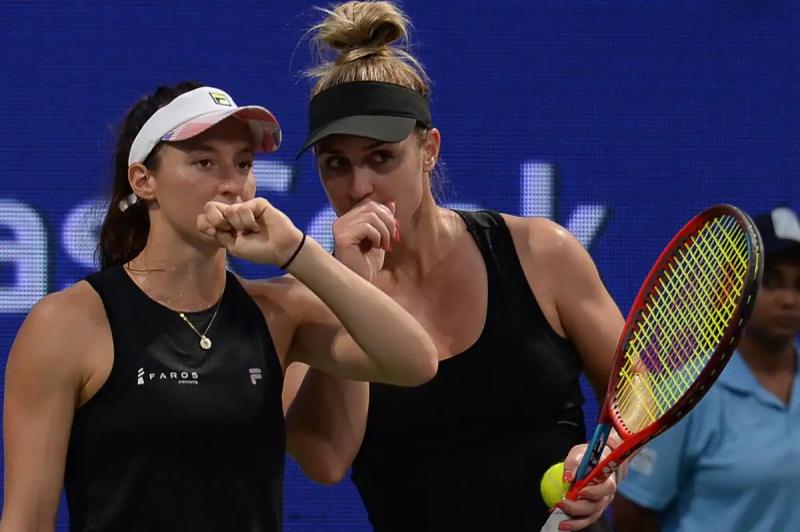 Canadian Gabriela Dabrowski triumphed in India. Together with Brazilian Luisa Stefani, she won the final of the Chennai tournament 6-1 and 6-2 against Russian Anna Blinkova and Georgian Natela Dzalamidze.

The favorites do not only needed 58 minutes to win. The losing pair were never able to win on serve, suffering four breaks in seven games with balls in hand.

Dabrowski and Stefani had a diametrically opposed encounter on serve. They slammed five aces and won 86% of rallies when they needed their second ball.

Blinkova and Dzalamidze had defeated Eugenie Bouchard and her partner Yanina Wickmayer in the semifinals.

< p>Dabrowski thus won a second doubles tournament this season after that of Madrid, who was playing a third final. In career, she now has 12 titles.