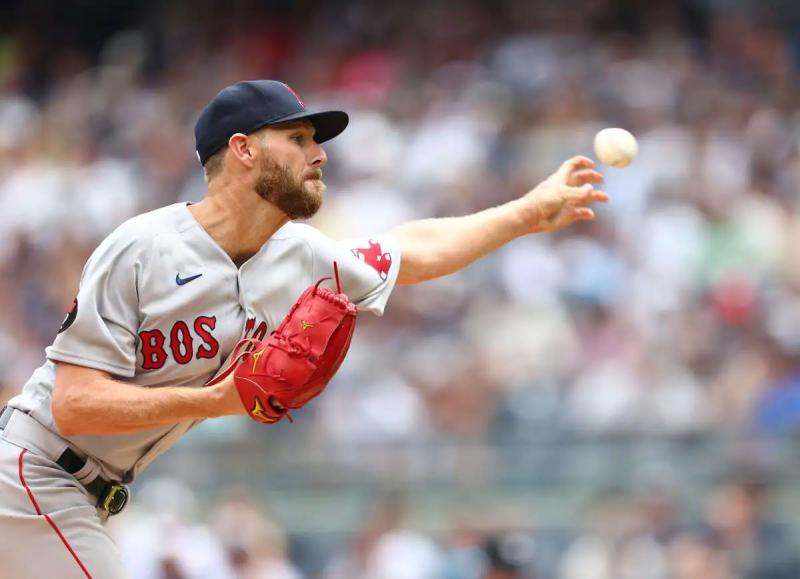 That's what the Boston Red Sox announced on Tuesday. According to what baseball operations manager Chaim Bloom told the media, Sale went into a glide after hitting something while descending a hill.

The surgery required the realignment of the distal radius as well as the installation of an implant to fix the bone. He will miss the remainder of the 2022 season, but should be ready for training camp next year.

This is not the first fracture for Sale this year. Indeed, he had suffered a stress fracture to a rib during the lockout before the start of the season. He was later hit in the hand by Aaron Hicks of the New York Yankees, just his second start, July 17. He had consequently been operated on for a fractured right little finger.

“You can't make that up,” Bloom said, according to comments reported by the daily Boston Globe. We're relieved it's not more serious. It's been such a bad luck streak for him and for us.”

“We have to send people to find whoever has Chris Sale's voodoo doll and get it back,” he said. imaged.

Bloom also revealed that Sale was a little demoralized by the situation as the incident came after a promising training session in preparation for a return to action.

With the operation of type Tommy-John suffered at the end of 2019, the stays in the infirmary are prolonged and multiplied for the 33-year-old veteran. Still, Bloom believes Sale will return to top form.

“You're looking at the long term and he should be okay. It's an incredibly bizarre series of events. There's no reason not to expect him to come back and be the Chris Sale we know.

The 33-year-old American allowed two earned runs, five hits and one walk in five and two-thirds innings while striking out five batters.

Without him, the Red Sox languish in fifth and last place in the American League East by virtue of a record of 54-56. They were to host the Atlanta Braves on Tuesday night.