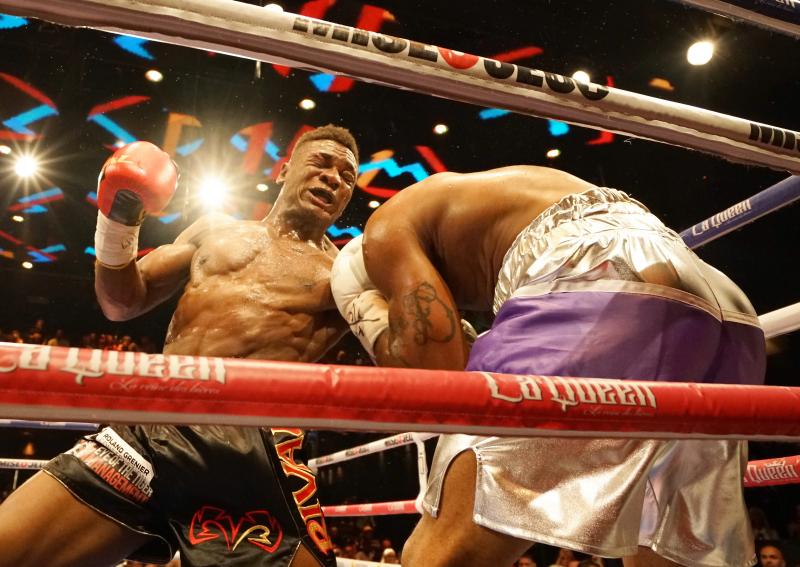 Christian Mbilli wanted to be patient in the ring. He didn't need it. He defeated the American DeAndre Ware in the second round by K.-O., Friday, at the Casino de Montreal.

Already holder of the continental belt of the Americas of the WBC super -middleweight, he added the WBA international title. The Frenchman is still satisfied with his performance, his first on ESPN.

“During the first round, I already had several opportunities to shorten the fight. I was a little more patient to see how it would go. I let the first slip, but on the second, with the cut, I might as well go into the breaches, and I inflicted the knockout on him. »

“I listened to the instructions, I'm really happy with my fight, argued the protege of Eye of the Tiger Management. But I know what I am: a wrecker. I was thinking about that all the time. By dint of repealing the fights, we will call it the welcome tax! »

Mbilli thus continues his progression, he who wishes to obtain a world championship fight in 2023.

Before Mary Spencer's victory, Leila Beaudoin had to manage her emotions against Karla Ramos Zamora. In what looked like a street fight at times, the Quebecer succeeded brilliantly, winning by unanimous decision of the judges.

Against a Mexican who had obviously set herself the goal of hanging on, even going a few whims, Beaudoin did not hide that she was destabilized.

She was quickly reassured by her corner and the judges confirmed her triumph with three identical cards from 58-56. Despite an ordinary record, Zamora (9-9, 2 K.-O.) has already stood up to Dicaire, almost six years ago.

Now Beaudoin is ready for the next step. Proudly indicating that she corrected some defensive issues, she would like to have an eight-round shock.

“I really took a step forward in terms of fitness. That's what I was missing. I am explosive, powerful, but I needed that. It was probably my last [fight of] six rounds, ”said the nursing student who should resume action on October 27, in Gatineau.