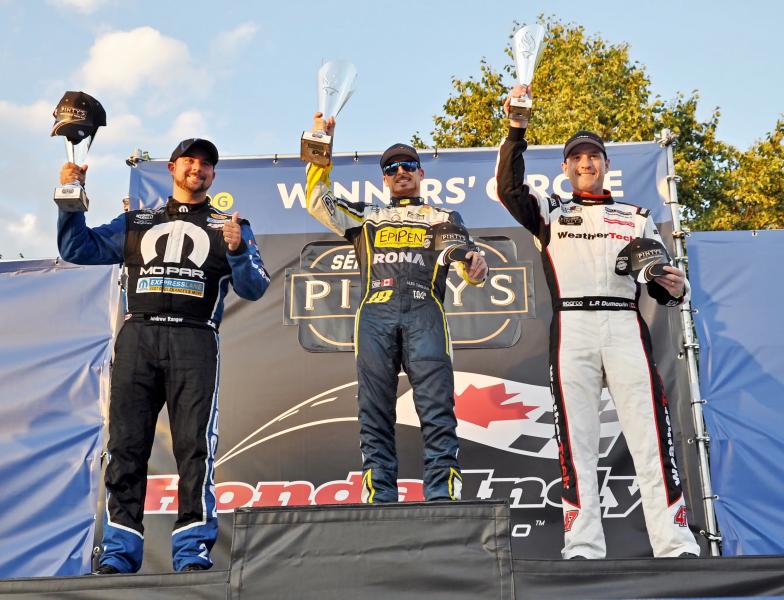 After a two-year absence due to the pandemic, the NASCAR Pinty's Series will finally return to the streets of Toronto.

There will be 25 drivers on the 2.84 kilometer urban circuit on Friday, 11 of which represent Quebec and some of whom are logical candidates for victory.

Of the number, we can mention Marc-Antoine-Camirand and Kevin Lacroix, respectively occupying the first two places in the overall standings after the first four stops of the season.

This will be the seventh round of the NASCAR Pinty's Series to be held in the Queen City ahead of the only Canadian round of the IndyCar single-seater series.

The first six editions were all won by Quebecers, namely Andrew Ranger three times, Alexandre Tagliani (twice) and Kevin Lacroix. Since the last four appearances of the series in Toronto, the domination of Quebecers has been overwhelming.

In 2016, Tagliani, Ranger, Lacroix and Louis-Philippe Dumoulin, in order, were the first four to reach the finish. The following year, Lacroix and Dumoulin dominated the race. In 2018, the podium was occupied by Ranger, Tagliani and Jean-François Dumoulin.

Tagliani is the defending champion of the event. In 2019, four other Quebecers followed him: Ranger, Louis-Philippe Dumoulin, Lacroix and Jean-François Dumoulin.

“Only one victory is missing”

Despite two appearances on the podium, Louis-Philippe Dumoulin has still not lifted the winner's trophy in Toronto.

“I won here in 2002 in Formula Ford, but never in Pinty's,” said the Trifluvien. We've had a bumpy start to the season, and that would be a great way to get us back on track. Only one victory is missing here on a track that I particularly like. »

In the company of drivers representing the six categories of cars that will race this weekend in Toronto, including Frenchman Simon Pagenaud (IndyCar), Dumoulin was invited to take part in the traditional press conference of the Thursday.

“I would like to be the one who will bring Quebec's winning streak to seven in the streets of Toronto,” he added.

This return to Toronto will be short-lived for the Series entries. NASCAR since practice and the qualifying session will take place between 10 h 15 and 11 h 35 Friday morning. The start of the race is scheduled for 4 p.m. on the same day.

The only Quebecer involved in the race for the title of rookie of the year, Jean-Philippe Bergeron will discover the temporary route of Toronto. “At my first outing, I would like to finish in the top 10,” says the driver from Saint-Donat.

The 11 Quebec drivers registered in Toronto

All the winners in Toronto