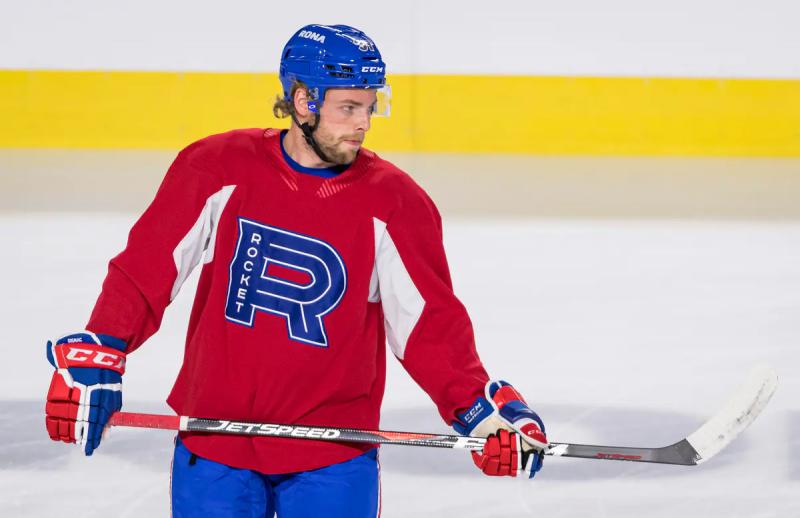 Quebec forward Brandon Gignac signed a new two-year contract with the Laval Rocket of the American League on Saturday.