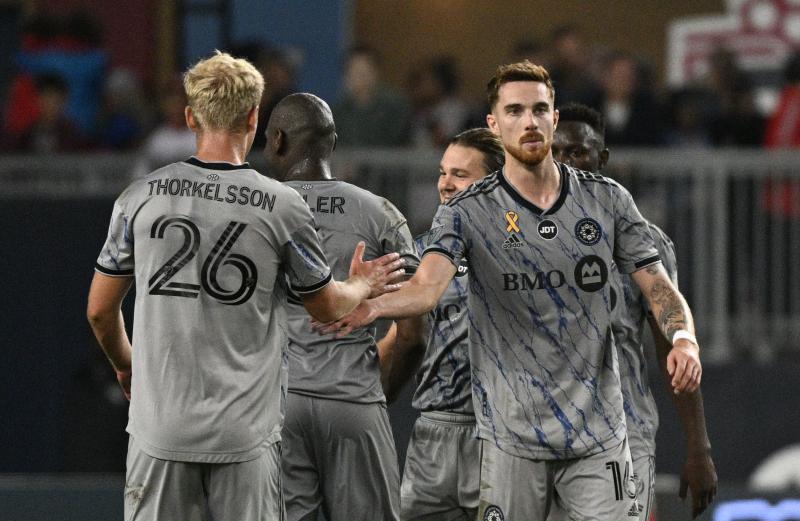 CF Montreal can still dream of being first in the Eastern Conference of Major League Soccer (MLS). The Bleu-Blanc-Noir signed a narrow 1-0 victory over the New England Revolution on Saturday at Gillette Stadium.

The Montreal team, already assured of finish in at least second place, came within five points of the Philadelphia Union with two games left on the schedule.

The “Revs”, meanwhile, saw their hopes of access the playoffs drop drastically, they who now occupy 11th place.

Wilfried Nancy's men were not brilliant, but delivered the goods abroad in the duel of the day. They also won their sixth straight game on the road – equaling an MLS record set by the San Jose Earthquakes in 2005.

Shortly before the 70th minute, Djordje Milhailovic was mowed down in the penalty area by Henry Kessler… but failed to convince the referee to whistle the penalty.

However, this did not discourage Montrealers. Milhailovic launched Romell Quioto down the left flank in the 72nd minute, and the Honduran easily spotted Alistair Johnston, left alone in front of the opposing net. The Canadian international scored his fourth goal of the season, on CF Montreal's first shot on target.

On the other side of the field, Sebastian Breza saved all three shots towards him to sign his third shutout of the campaign. Above all, he saw the Revolution miss several golden chances.

The first half was not more spectacular than it should be. Both teams studied each other and showed patience, only ricocheting four shots in all. Only the “Revs” managed to frame at least one strike.

Breza, however, had to stand out on a powerful strike from star striker Gustavo Bou. The Argentinian launched a cannonball from outside the penalty area, but the Ottawa goalkeeper dived to stifle the threat.

In addition, Milhailovic will be suspended in the next match, against the DC United, due to an accumulation of yellow cards.