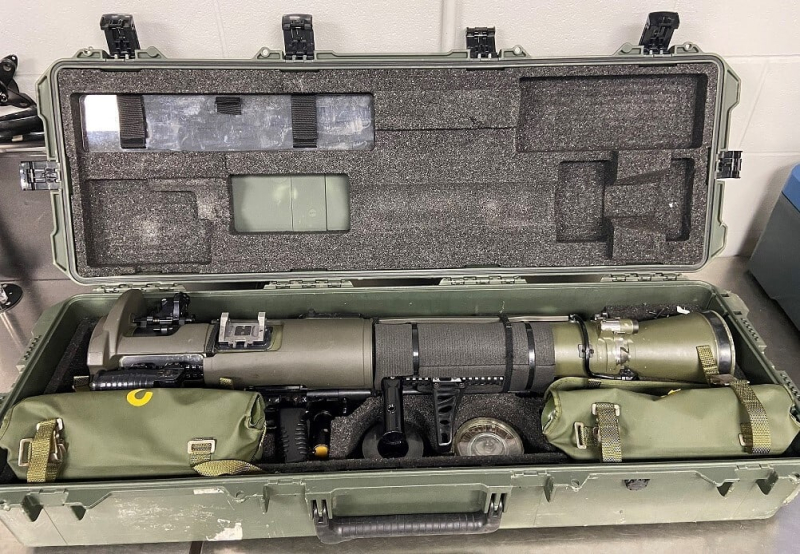 A bazooka-like weapon powerful enough to take down a tank was seized from a passenger's checked baggage at a Texas airport, the Transportation Security Administration (TSA).

The 84mm caliber anti-tank rifle was discovered on Monday by agents of TSA responsible for screening baggage at San Antonio International Airport, the agency said on Twitter.

UPDATE: @TSA has confirmed that the passenger declared the item in question to the airline at the check-in counter but TSA was not informed. Out of an abundance of caution, TSA did not allow the item through baggage screening. https://t.co/W7CFK5M7nR

The passenger would have declared the item when checking in at the airline counter, but the message would not have not made it to the security agents.

Thus, out of an abundance of caution, the TSA did not allow the object to pass the baggage check.

The TSA allows firearms on airplanes, but only in checked baggage. Any traveler with a firearm must also declare it to the airline when handing over their baggage, explains the TSA. Weapons should also be unloaded and placed in a hard, secure case.