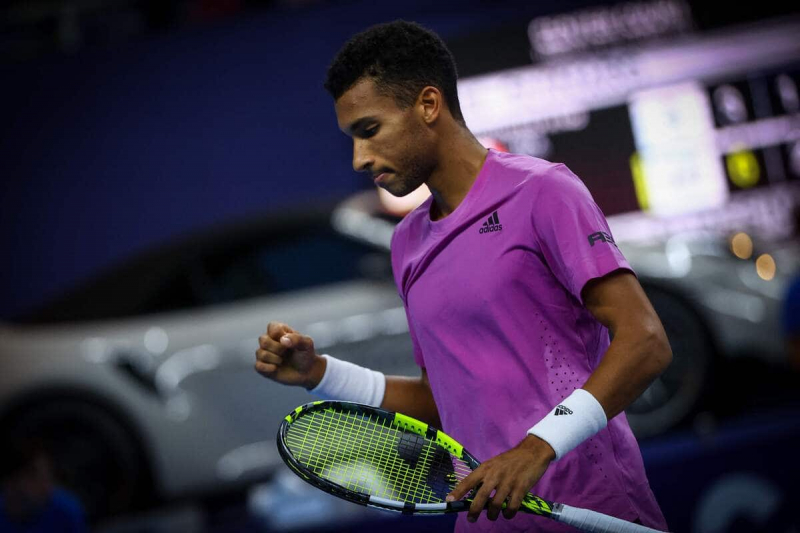 Quebecer Félix Auger-Aliassime took advantage of the momentum gained last week by defeating Frenchman Manuel Guinard in two identical sets of 6-3 on Thursday in the second round of the Antwerp tennis tournament, in Belgium.

Champion of the competition in Florence, Italy, last weekend, the athlete from La Belle Province needed 1h 18min to overcome the ” lucky loser” ranked 148th in the world.

Holding a pass that exempted him from the first round, Auger-Aliassime, 10th on the ATP circuit and second seed, has slammed 11 aces against two for his opponent. He won 85% of the points played on his initial serve, compared to 59% for Guinard. “FAA” also had three breaks in 10 occasions and saved the only break point he faced.

In the quarter-finals, Auger-Aliassime will face Briton Daniel Evans, 26th in the world. The two men will be at a third confrontation within the ATP. Earlier this year, the maple leaf player prevailed in straight sets 6-4, 6-1, 6-1 in the third round of the Australian Open.

-Par Elsewhere, Canadian Denis Shapovalov will play his quarter-final duel in Stockholm on Friday against Australian Alex de Minaur. They are seeded fifth and fourth in the tournament, respectively.