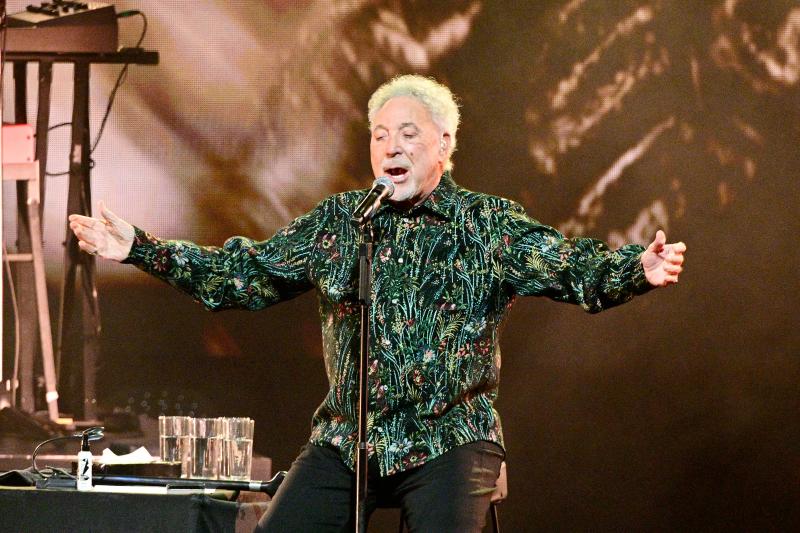 Suggestive swaying may be a thing of the past, but the essential remains: the warm and powerful voice of Tom Jones which still impresses – if not more so! – than before. The British crooner lived up to the legend on Wednesday night, bewitching a packed St-Denis Theater.

As soon as the singer entered the stage, the St-Denis Theater – Denis in full jumped up to greet the British crooner as it should be, either with a round of applause and shouts, cell phones brandished in the air to capture this meeting with this monument of music .

He may have been named Sir by the British Crown, but Tom Jones was welcomed as a true king.

Leaning on a cane, Tom Jones crossed the stage, moved by these encouragements to take a seat on a stool and sing the moving I'm Growing Old. A title of circumstances, all the same, which would set the tone for the evening.

Because yes, obviously, Tom Jones is getting old. As we all. But if, from the height of his 82 springs, the weight of the years makes him bend his spine, he has lost none of his ardor. Admittedly, this one is different, transformed since the time when her swaying hips created hysteria among her female fans. But it is in no way diminished.

“I don't sing with my leg, anyway! exclaimed the singer in front of a hilarious audience, referring to his less sure step than before.

Indeed. Because her Sex Bomb is still just as explosive, her Delilah still just as suave and her It’s Not Unusual still just as intoxicating. And his vocal prowess is more breathtaking than ever on his steadfast What’s New Pussycat, among others.

Because if the so-called official occasion was to bring the pieces from his latest album to life on stage – Surrounded by Time, released last year – the British “crooner” was certainly not going to hide his pleasure nor that of his fans. We were therefore treated to an exhaustive overview of the career of Tom Jones in about twenty songs, deliciously commented on by an affable and incredibly endearing singer.

Because beyond the voice and the many planetary successes, there is the undeniable charm of Tom Jones. And it is without a doubt on stage that it takes on its full potential. We would spend hours hearing him sing, that's for sure. But we also never tire of hearing him tell stories with his humor, his candor and his disarming naturalness.

It is all these elements that have transformed this show into a moment of grace of nearly two hours, during which fans of the Briton hung on the lips of their idol, in perfect communion.

We would be remiss if we did not mention the presence of the Quebec duo Five Roses in the opening act, warming up the room in a beautiful way with their country with frankly irresistible pop scents.

It's a safe bet that accomplices Jade Godin and Zach Ouimet have added some 2,000 new members to their fan club with this very pleasant singing tour.< /p>