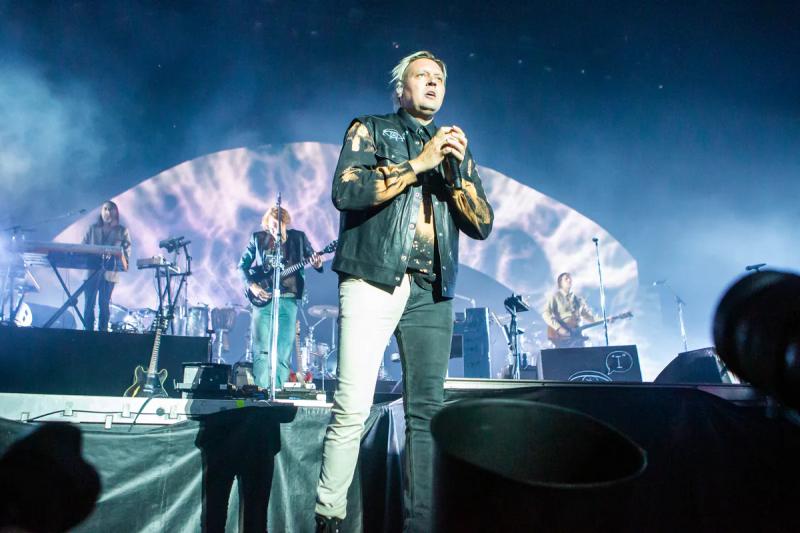 Despite allegations of sexual misconduct against singer Win Butler, the first two concerts of Arcade Fire's world tour will take place as scheduled on Tuesday and Wednesday in Dublin, Ireland .

In a statement relayed by the daily Irish Mirror, the local promoter MCD confirmed on Sunday that the Montreal collective will remain on view at the 3Arena on August 30 and 31.

According to the Irish Mirror, all tickets are sold out for the first show and only a few remain for night number 2.

The WE by Arcade Fire will be presented in several major European cities until October 1st.

After a break of a few weeks, the group will then begin, at the end of October, a series of concerts in North America which ends at the Bell Center in Montreal on December 3.

Arcade Fire was one of the headliners at the Osheaga festival in Montreal a few weeks ago.

In a report Published by Pitchfork on Saturday, three women who were between the ages of 18 and 23 at the start of their interactions with the musician testified about their experiences, which allegedly took place during overlapping periods from 2016 to 2020 , when Win Butler was between 36 and 39 years old.

According to them, these interactions would have been inappropriate due to the age gap, but also because of the power dynamics and the context in which these relations would have occurred.

A fourth person, who identifies as genderfluid, said Win Butler allegedly sexually assaulted her twice in 2015 when she was 21 and he was 34 , according to Pitchfork.

Reached to comment on the allegations against him, Win Butler admitted, through public relations expert Risa Heller, to having had sex with each of the four people. However, he assured that these interactions were consensual and that he was not at the origin.

Régine Chassagne, member of the group Arcade Fire and spouse of the musician, supported Win Butler's comment in a written statement sent to the media. “I know what's in his heart, and I know he never has, and never will, touch a woman without her consent, and I'm sure he never has,” is -it possible to read.

In a second statement provided to Pitchfork, Win Butler repeatedly apologizes, referring to a period of drinking and depression as he re-addressed the allegations.

“While these relationships were all consensual, I am truly sorry to anyone I have hurt through my behavior,” he said. writes.

“Looking to the future, I continue to learn from my mistakes and work hard to become a better person, someone my son can be proud of. […] I'm sorry that I wasn't more aware and more attuned to the effect I have on people – I screwed up, and while that's no excuse, I will keep looking forward and healing what can be healed, and learning from past experiences. »