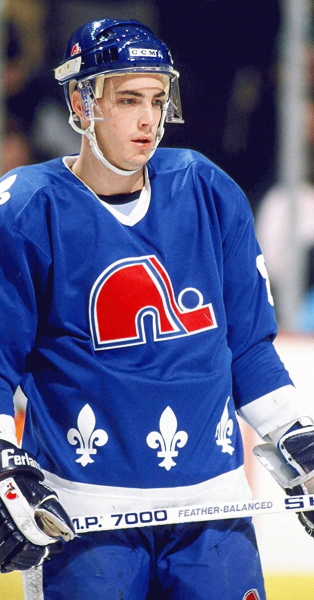 I do not remember having seen for the brave players of the Canadian such a well-acknowledged exercise in Montreal, the severe one. Let's think about this real construction of what should become a magnificent hockey team in 3, 4 or 5 years. I think of this patience, this obligatory resignation of journalists, columnists, presenters, supporters and even leaders of the Canadiens.

I can't wait to listen to the telephone forums or read the social networks after a series of poor performances due to lack of experience. It will take stoicism and great tolerance to experience this reconstruction with a host of kids on board.

Comedies of errors, clumsiness or simply blunders beginners who will have to be tolerated, digested and above all forgiven in the name of learning, development.

If you get impatient, remember this. It's doable. The construction operation by the young people was indeed successful, and almost in your backyard too.

It was with the adorable Nords. Jean D. Legault and Marcel Aubut had sold the idea to supporters and commentators. Be patient ! Remember the slogan “La Force des Jeunes”. He was laughed at, he was ridiculed, but he led to the Cup.

In the repechage came Sakic, Nolan, Sundin, and, via Lindros, a formidable Forsberg. Quebec, in reconstruction, ate black bread for a few years, and what is deeply cruel is that after going through the misery of humiliation, shame and kneeling, the team left. Sold, she went to win the Stanley Cup in Colorado.

So many sacrifices, so much self-sacrifice, it was sad to cry, to cry.

Quebec could, at this chapter, teach Montreal a lesson and tell it that it is possible to build through youth. The coup was successful 260 kilometers from the Bell Centre.

Oh yes, I forgot, the general manager, Pierre Lacroix, a guy from Montreal, had also received an unexpected gift… Patrick Roy, a guy from Quebec. T'sé when the planets align.