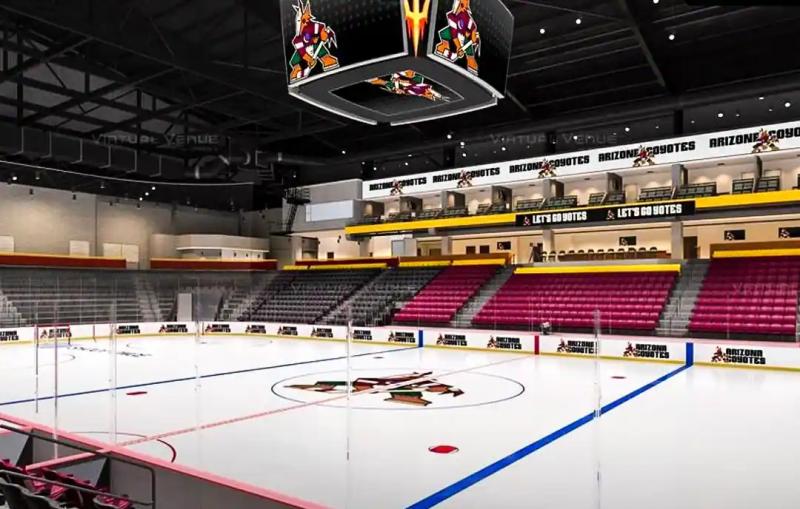 By signing an affiliation agreement with the Atlanta Gladiators, an ECHL team, on Thursday, the Arizona Coyotes raised the eyebrows of more observers regarding their presence in an arena of approximately 5,000 seats.

Indeed, the “Yotes” will play within a much smaller infrastructure than that of their Georgia affiliate. Previously associated with the Ottawa Senators, the Gladiators play at Gas South Arena in Duluth, a building that can accommodate approximately 13,000 people. Meanwhile, the Arizona club moved out of Gila River Arena in Glendale to settle for at least the next three seasons at the home of the Arizona State Sun Devils; the building, by the way, called the Mullett Arena this week will be able to receive a few thousand people only for National League matches.

The Arizona Coyotes announced their new ECHL affiliate today, the Atlanta Gladiators, who will play in a 13,000 seat arena

The Coyotes will be playing in a 5,000 seat arena

The Gladiators were the ECHL affiliate of the Coyotes from 2011-2015. For their part, the Tucson Roadrunners – the farm club of the organization in the American League – play in a venue with just under 9,000 seats for hockey games.