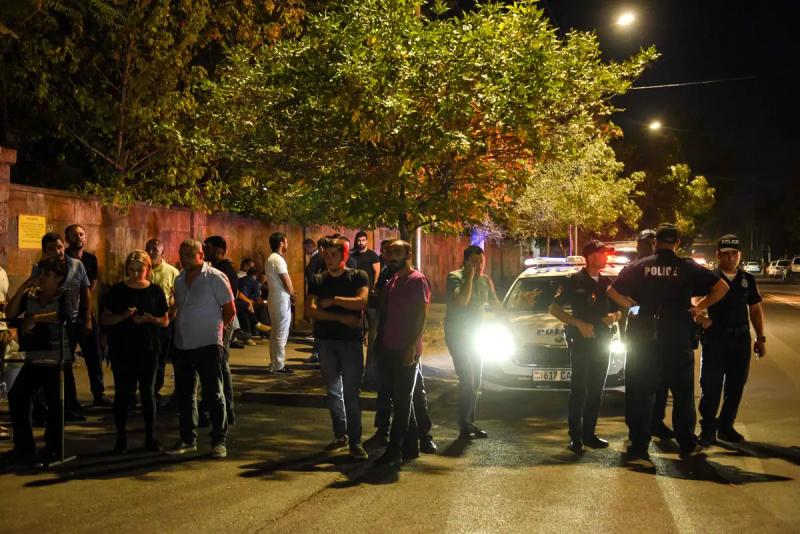 The ceasefire was respected Thursday on the border between Armenia and Azerbaijan after two days of clashes between these two Caucasian countries which left more than 150 dead, threatening to torpedo a fragile peace process.

The fighting, which erupted on Tuesday, ended overnight from Wednesday to Thursday “thanks to the involvement of the international community”, a said the Armenian National Security Council.

Russia, a traditional mediator in this region, had announced a truce on Tuesday morning, but it had been violated for two days, the two sides accusing each other of bombardments.

Wednesday, Armenia said it lost 105 soldiers and accused Azerbaijan of occupying a 10 square kilometer portion of its territory. Baku, for its part, announced 50 soldiers killed in its ranks.

Both countries blame each other for the clashes, which caused hundreds of Armenian civilians living in the border area to flee.

A delegation from the Collective Security Treaty Organization (CSTO), a military alliance led by Moscow, was due to arrive in Yerevan on Thursday to review the situation, according to Armenian diplomacy.

The clashes are the most intense since a war between the two countries in 2020 for control of the disputed Nagorny Karabakh region, which left more than 6,500 dead and led Yerevan to cede territory to Baku.

Demonstrators gathered outside the parliament building in Yerevan on Wednesday evening to demand the resignation of Prime Minister Nikol Pashinyan, after rumors that he intended to make concessions to Azerbaijan circulated on social media.

Before the war in 2020, the two countries had already clashed in the 1990s for Nagorny Karabakh, a conflict that left more than 30,000 dead.

Nagorny Karabakh is an enclave mainly populated by Armenians who seceded from Azerbaijan with the support of Armenia .

The new clashes threaten to derail ll a peace process sponsored by the European Union. Mr. Pashinian and Azerbaijani President Ilham Aliev had also met in Brussels on August 31, two weeks before the start of the fighting.