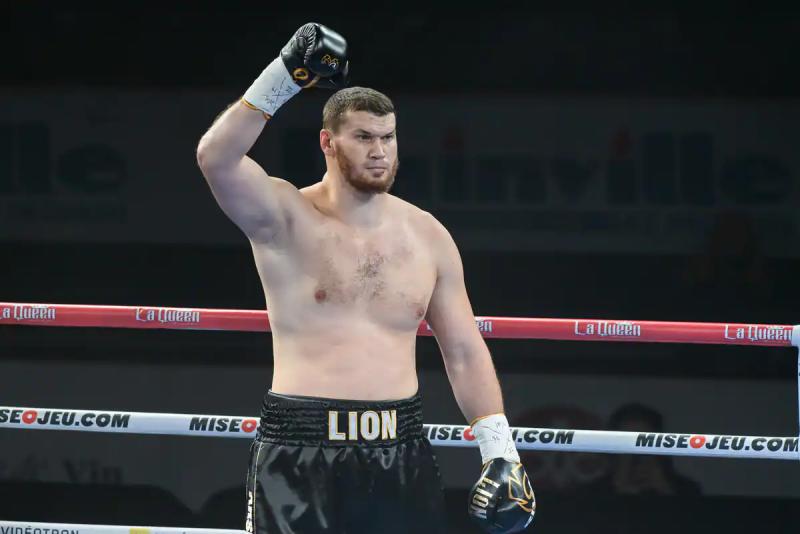 Carlos Takam did what no boxer had done before, Friday at the Casino de Montreal. He resisted Arslanbek Makhmudov, who won by virtue of a very first career decision.

Announcing a “destruction”, Makhmudov (15-0, 14 K.- O) had to work hard to get this unanimous decision. In fact, the Russian had never needed more than seven rounds to end a fight. Despite this unexpected result, he gets his hands on the WBC Silver heavyweight belt while retaining his NABF and NABA titles.

The winner did not hide some surprise about the fast pace of the Frenchman .

“Honestly, I did not expect him to be in such good shape, because I saw his last fights. He was getting tired. That's why I was in no rush. But I'm happy because I had never done 10 rounds.”

Unsurprisingly, the one we nicknamed the Lion started the fight with his best shots. Takam (39-7-1, 28 KOs) also visited the mat in the first round, getting up easily before the end of the count.

The two men then observed each other for a few rounds and Takam managed to land a few good shots, not without hooking his rival at times. The whole thing continued until the seventh round, when Takam found himself on the ground again.

The last round was also the affair of the Frenchman, who suffered only four K.-O. in 47 fights in his career.

Steven Butler showed all his power in the semi-finals. As he has done so many times before, he stunned Mark DeLuca with a right in the second round and the American was never able to continue the fight.

Good luck, Butler ( 31-3-1, 26 KOs) revealed he observed a tendency for DeLuca (28-4, 16 KOs) to duck after being hit to initiate a counterattack. He therefore chained an innocuous first right with a consistent shot that found the target.

“Bang Bang” thus retains the NABF middleweight title after a stellar first defense. Faced with DeLuca (28-4, 16 KOs), he certainly paved the way for a return to the good graces of the various federations.

This is a third consecutive victory after a streak of two losses for Butler, who had not skimped on the means in his training camp. He had called on a rising star in the category in Austin Williams (11-0, 9 KOs) to serve as his training partner.

“It’s a victory that tastes good after the two failures, launched Butler after his fight. I am proud of what I have achieved and of not having given up when it was easy to do so. Both losses were heartbreaking and I'm glad I showed my character.”

Takam advantage here. He is the aggressor and is more incisive.

Very divided recovery. Good exchanges on both sides. End of animated round.

Slow down on both sides. Slight advantage for Makhmudov, who shows more initiative.

Takam largely dominates this recovery. Makhmudov touches several good straight lines, even forcing him to lean against the cables. Mahmudov finished strong, however, throwing his opponent to the ground for a second time.

Makhmudov lands the best attacks, but fails to connect as he wishes. Takam moves and protects himself well.

After a quiet first minute, the intensity increases a notch at the end of the round. Takam once again lands Makhmudov with two powerful right hands to the head. The round is his.

Takam hits Makhmudov with two solid blows to the head. Mahkmudov tries to reply, without much success. He is forced to step back in the ring for one of the few times in his career.

Makhmudov instigates most of the attacks, but Takam moves well in the ring and manages to avoid most of the Quebecois' attempts at adoption.

Quickly, Makhmudov sends Takam to the floor. But the Franco-Cameroonian gets up and responds surprisingly well, throwing some good right hands.