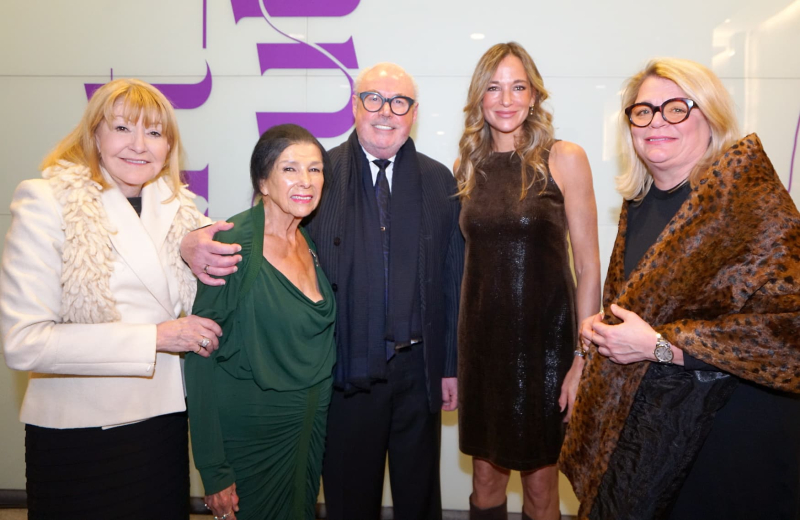 The Espace musée Québecor, located at the head office of Quebecor, at 612, rue Saint-Jacques, in Montreal, celebrates the 50th anniversary of the career of artist-creator Jean-Claude Poitras by presenting the exhibition Art-Couture until February 28, 2023. The public can access it free of charge from 8:30 a.m. to 5:30 p.m. from Monday to Friday.

The story of Jean-Claude Poitras is told in some forty works divided into three collections. François Mario Labbé (Analekta) is surrounded by Denise Bombardier, Angèle Dubeau and Lyne Robitaille, president and editor of Journal de Montréal.

Jean-Claude Poitras, surrounded by Stéphane Le Duc, Pascale Bourbeau, Patsy Gallant and Yves Jean Lacasse, has never stopped reinventing himself since the opening of his first workshop. 50 years ago.

Jean- Claude Poitras worked closely with model Pascale Bourbeau, who came up with the idea for this exhibition to mark her friend's 50th career anniversary.