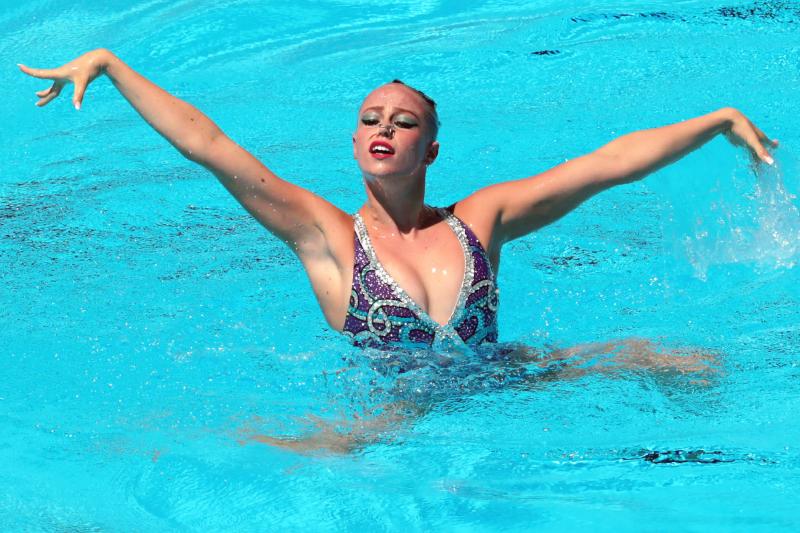 On a break from competition since the conclusion of the Tokyo Games in August 2021, artistic swimmer Jacqueline Simoneau is not closing the door on participating in the 2024 Olympics in Paris.

Very busy with her studies in podiatry at UQTR and its many implications, Simoneau wanted to take a two-year break. She will make a decision next August before the selection of the Canadian team which will take place in the fall.

“I loved my first year away from competition, but I kept one foot in the pool, illustrates the double Olympian, who is spending the week in Quebec City for the World Junior Championship, where she plays the role of analyst for the FINA webcast and who salutes the work of the organizing committee. It would be really fun to participate in my 3rd Games and experience the opening ceremony in Paris. I train for fun instead of 40-60 hours a week. »

Simoneau is not afraid that she will be ready if she decides to return to competition to experience her third Games, after those of Tokyo and Rio in 2016.

“Given my experience and the volume of training, a year will be enough to come back,” she said. At the time, I would never have thought like that. Anyway, I won't come back if I'm not ready. It was clear that the priority was my studies for the two years following Tokyo. I swim in the morning and train between classes. »

If she ever attempts a comeback, Simoneau already knows which event she will favor. “The priority will be the duo in order to give the youngest the chance to participate in the team event,” she explained. Claudia [Holzner] told me she would come back if I resume competition.

Simoneau and Holzner swam the duo together in Tokyo. Holzner also took a break after returning from the Japanese capital.

Camps all over the world

Simoneau's services are sought after. She comes back from a camp in Mexico where she shared her technical knowledge and choreography. She will leave for Winnipeg after the World Juniors. In Mexico, she shot capsules called Jackie's Ten Secrets.

“It's going to roll in social media soon,” she said. I have been doing camps all over the world for several years. I have been to Colombia, Greece and Singapore in particular. My technical knowledge is appreciated. »

Elected after the Tokyo Games, the double Olympian sits on the Canadian Athletes Committee. She stayed in Greece, where she represented Canada at the International Olympic Academy. “I want to make a difference in sport in Canada. I'm making the most of this first summer without competition and without intensive training. Because my body was used to adrenaline and to surpassing itself every day, the months of September and October were difficult, but everything went back to normal. With podiatry, I found another passion. I realize a dream. »

Simoneau fully enjoys his first experience in front of the camera.

« I love it, to sum up- she. I work with a pro [Andrea Holland], who does the description. The future for Canadian artistic swimming is bright. The girls haven't had opportunities to swim internationally for the past two years and that's how you grow as an athlete. After the technical programs, they will be more comfortable in the free routines. »