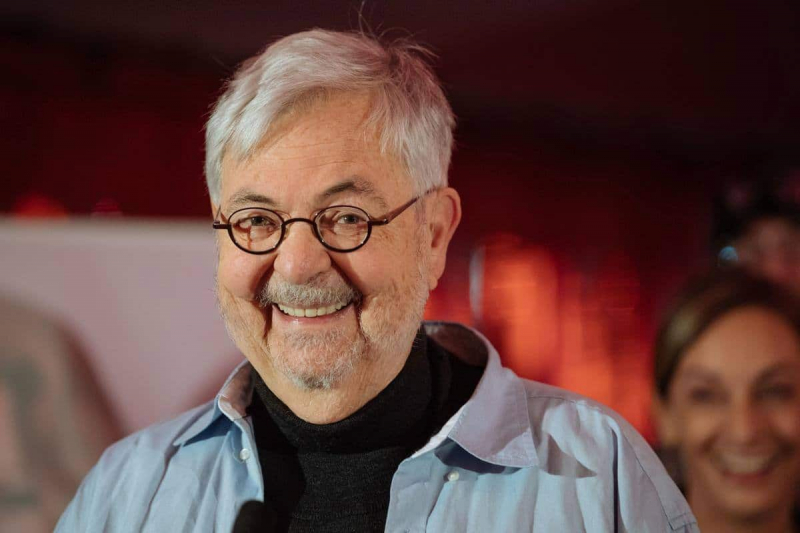 Since the Duchess was killed 45 years ago, Hosanna has been holed up in her poverty-stricken apartment, between her rags and her swigs of gin. Michel Tremblay has brought this favorite character out of the shadows and pays homage to him – magnificently – in his new novel, The Scheherazade of the Poor. Big mouth, cynical, colorful, moving, sometimes pathetic, Hosanna emerges from a long silence, without being afraid of self-mockery.

After having known his hour of glory in the eponymous play, Hosanna, alias Claude Lemieux, had remained in the shadow of a distressing humiliation. The 79-year-old ex-transvestite can't believe it when Yannick, a young journalist from the magazine Fugues, who is in the first interview of his life, knocks on his door.

Yannick politely explains that he is interested in the wildlife of the 1970s and seeks to better understand the era. The interview he planned to complete in an hour turns into a week-long exchange with Hosanna.

Hosanna confides, recounts her relationship with Cuirette, at the end of life, life of misery of the “crazy women” of the time, the challenges launched, the festive and glittery, but always pink universe of the travelos. The Scheherazade of the Poor hypnotizes Yannick with its fascinating story. Readers will be delighted: this book gives a real literary buzz.

Michel Tremblay, in interview, recalls that next year it will be 50 years since the play premiered.

“I was often asked what happened to Hosanna. I said: ah, I don't know, I haven't heard from him! »

“All my life, I have talked a lot about the resilient. I said to myself: what would it be, someone who did not have the courage to go through a test? Someone who has let himself be crushed by an ordeal. Someone who seemed strong or strong, and who really let himself be invaded? I thought of betrayal. »

« I took advantage of this immobility of Hosanna to make her tell her story, as Scheherazade does in the tales of One Thousand and One Nights, not her life, but everything she's been through. The period of the 1960s, the 1970s, and everything that homosexuals have experienced, in Montreal, since the 1960s. »

Readers, find the Main d So, the bars where there was no shortage of action… and Guilda's first show at Place des Arts. A show that Michel Tremblay attended, moreover.

The novel refers to those who paved the way, who were at the heart of the first struggles, the first changes.

“That's what interested me: someone who was a door knocker, and who let himself be crushed by a single event. Someone strong who is so demolished by a betrayal. “

Michel Tremblay points out that it is sometimes something that may seem trivial to others that can deeply mark a person.

” Me, cancer went through it… but the TV didn't work and I'll never get over it! »

The writer says he had some hard knocks, but always managed to get over it and keep going.

“One of the great qualities I had, probably, in my life is that there was nothing to stop me from working. Absolutely nothing.

Even after his worst reviews, he adds, it never occurred to him to give up.

“No. I'm not teflon because I'm marked by things. But I am able to scrape myself. I am able to do my own washing with my own steel wool! Things affect me enormously, but I am able to overcome them to continue working. »

Michel Tremblay is a prolific columnist and playwright whose plays are performed all over the world. He is one of the most important writers of his generation. The Belles-Sœurs cycle, the Chroniques du Plateau-Mont-Royal and La diaspora des Desrosiers belong to the corpus of the major works of contemporary Francophone literature.