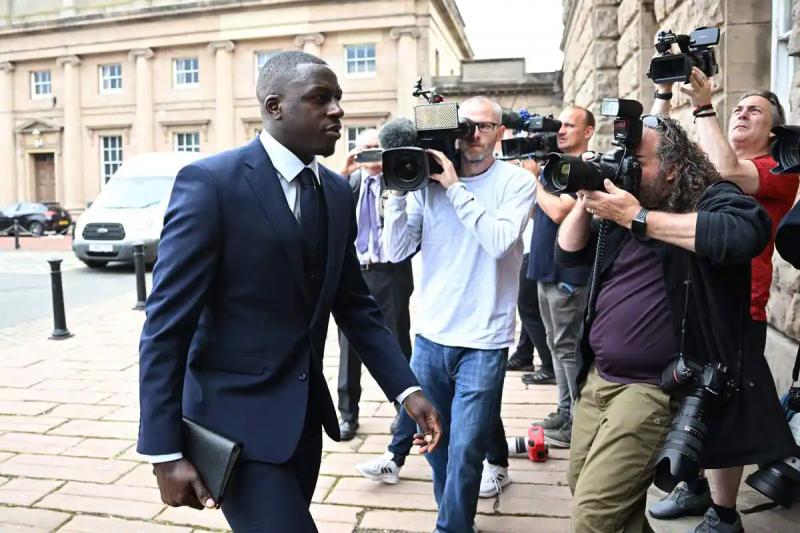 LONDON | Testimony from a woman accusing Benjamin Mendy of grabbing her by the crotch and mimicking a sexual gesture at a party at his house was released on Tuesday during the footballer's trial in Chester, northern England. England.

The 28-year-old world champion is charged with eight rapes, one attempted rape and a sexual assault in England, which he denies. The facts allegedly took place between October 2018 and August 2021 at his home in Prestbury, Cheshire. He faces life in prison.

On Tuesday, the hearing of a woman accusing Mr. Mendy of grabbing her crotch while he was walking past her was played before the jury .

“He kind of grabbed my vulva and I immediately stopped and thought 'What just happened?'” she said. told the police.

“I think I was just taken aback because I was shocked and then I realized what had just happened,” the woman continued.

“I do not understand where this came out because there was little conversation,” she said, explaining that it “shocked” her.

She explained that the footballer had “sticked his tongue out as if he were licking (her).

She claimed she then 'tried to keep her distance' from Mr Mendy, but said he approached her again the same evening, telling her 'You look more beautiful when you smile'. p>

The footballer asked her why she was angry, to which she replied: “because of the way you touched me” or “because of what you did”, a- she told the police, explaining that the footballer then began to apologize.

During this trial, the prosecution presented Benjamin Mendy as a “predator” who abused “vulnerable” victims , terrified and isolated”.

Last week, an alleged victim of the footballer claimed that he had tried to obtain her silence after he raped her three times.

He is on trial alongside another man, Louis Saha Matturie – unrelated to former footballer Louis Saha -, prosecuted on his side for eight rapes and four sexual assaults on eight women between July 2012 and August 2021. This rnier also pleaded not guilty.