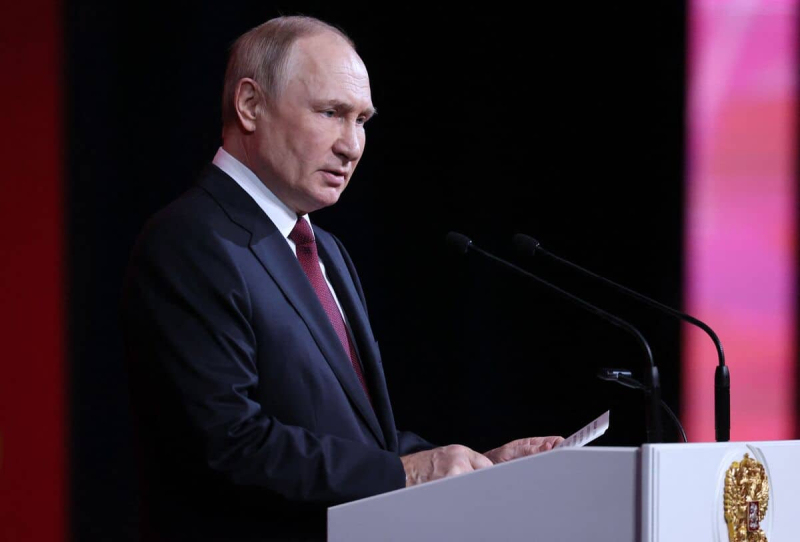 Nusa Dua | Despite divisions between countries over the invasion of Ukraine, pressure mounted on Russia on Tuesday at the G20 major economies summit to end a war at considerable cost.

The most important gathering of world leaders since the start of the pandemic opened without Vladimir Putin in the tropical setting of the Indonesian island of Bali. It takes place nearly nine months after the start of a deadly war that sent energy and food prices soaring and saw the nuclear threat resurface.

The invasion of Ukraine is not on the official G20 agenda but dominates the meeting and exposes the divisions between Westerners supporting kyiv and other countries, China in the lead, who refuse to condemn Moscow.

However, the 20 members of this club originally created to manage economic issues have agreed on a draft press release consulted by AFP, although deemed unlikely in recent days given the lines of fracture but also the necessary agreement from Moscow.

This document, if adopted by the leaders, notes the negative repercussions of the “war in Ukraine” and takes up the term “war” rejected for the moment by Moscow which evokes a “special military operation”. It specifies that “most members” “strongly condemn” the conflict, consider the use or threat of use of nuclear weapons “inadmissible”, and call for the extension of the agreement on grain exports.

The agreement negotiated in July under the aegis of Turkey, which made it possible to deliver some 10 million tons of Ukrainian cereals, expires on Friday and Moscow casts doubt on its intentions, raising fears of famines at the UN .

Zelensky appeals to the “G19”

Returning from Kherson, a city in southern Ukraine just taken over by his army, President Ukrainian Volodymyr Zelensky has offered to extend this agreement “indefinitely”.

He was one of the first to speak by videoconference to what he called the “G19”, excluding Russia. In the room, however, was present the head of Russian diplomacy Sergey Lavrov, by whom Vladimir Putin was represented.

“I am convinced that it is now time that the destructive war of Russia stop,” said the Ukrainian president, in his usual khaki t-shirt. She “must and can be stopped”, according to the English translation consulted by AFP.

He detailed his plan to bring peace and 'save thousands of lives': not to trust Russia, to tolerate 'no excuse for nuclear blackmail' in the face of 'crazy threats' from Moscow and to carry out a total prisoner exchange .

China at the center of the game

Host of the event, Indonesian President Joko Widodo also called in his opening speech to ” end the war”: “We must not divide the world into several camps. We must not let the world slide into a new Cold War”.

All eyes are on China, a great power whose President Xi Jinping drew even closer to Vladimir Putin on the eve of war, forming a common front against what they describe as Western hegemonic wills.

Beijing has refused to condemn the invasion of Ukraine launched on February 24.

At the G20 podium, Xi Jinping called for “firmly opposing” the “instrumentalization” of food and energy products, in a veiled criticism of his Russian ally. However, he did not spare Westerners, calling for the lifting of sanctions, such as those targeting Russia, or asking them to do more to limit the effects of the interest rate hikes implemented in recent weeks in the face of the soaring prices.

During a meeting Tuesday morning with the Chinese leader, French President Emmanuel Macron asked him to ask to interfere with the master of the Kremlin to convince him to return to the ” Table of negotiations”, according to the Elysée.

On Monday, US President Joe Biden, during his first face-to-face with Xi Jinping since his election, had obtained the agreement of his Chinese counterpart on the rejection of any use of nuclear weapons in Ukraine, included in the draft press release.

Faced with the Russian threat, many countries want to strengthen their military capabilities and Prime Minister Rishi Sunak has arrived in Bali with the announcement of an order for five war frigates, citing the “threat » Russian.