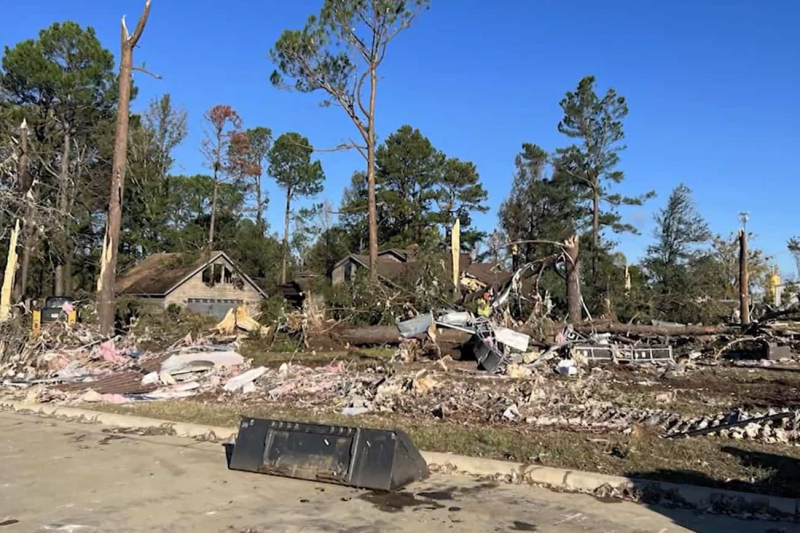 At least one person has been killed and several more are missing after powerful tornadoes swept through the southern United States of Oklahoma, Texas and Arkansas, authorities say and media.

Severe weather in McCurtain County, southern Oklahoma, killed a 90-year-old man, according to State Governor Kevin Stitt, who declared a state of emergency in affected areas.

Several people are also missing, according to a local official quoted by American media.

The tornadoes also affected Arkansas and Texas, where 50 homes were damaged or destroyed, according to the sheriff of Lamar County.

BREAKING: Major damage reported after tornado touches down in Paris, TX; unknown if there are casualties pic.twitter.com/jsKDTqwv3E

Reporting ten people hospitalized, two of them in serious but stable condition, sheriff's services said in a statement on Facebook that there were “no fatalities at this time”.

In Oklahoma, rescue teams and electric generators are on their way to the town of Idabel, about 7000 inhabitants, which seems particularly affected, tweeted Governor Kevin Stitt.

The United States is regularly affected by tornadoes, on average around 1,300 per year, and the majority in the spring.

As of December 2021, several dozen of these extreme weather events have ravaged five central US states, primarily western Kentucky, and claimed at least 79 lives.