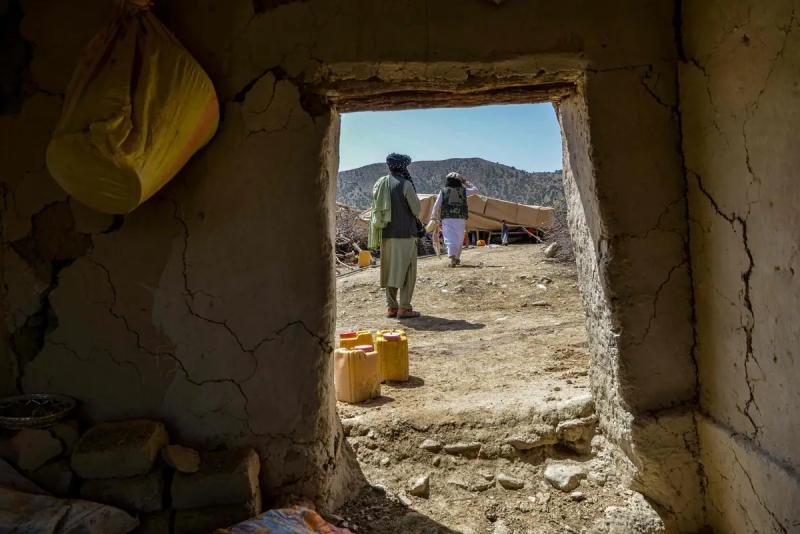 At least six people were killed and nine injured in an earthquake that struck overnight from Sunday to Monday in eastern Afghanistan near the Pakistani border, the Afghan government said .

“An earthquake occurred at 2:30 a.m. last night in the provinces of Kabul, Laghman, Kunar and Nangarhar,” said the Deputy Minister of Natural Disasters, Sharafuddin Muslim.

“Six people were killed and nine others injured in Kunar province,” he told AFP.

“We are collecting information in other areas to find out if there are other casualties and assess the damage,” he said.

The earthquake was 5.3 magnitude, according to the United States Seismological Institute (USGS) .

It comes less than three years after the worst earthquake in Afghanistan in more than two decades, the June 22 earthquake in the southeast, which measured 5.9 and killed more than 1,000 people. and thousands homeless.

Afghanistan is frequently hit by earthquakes, particularly in the Hindu Kush mountain range, which sits at the junction between the Eurasian and Indian tectonic plates .

They often have disastrous consequences, due to the weak resistance of Afghan houses in rural areas.

In October 2015, a powerful earthquake of magnitude 7.5 struck the Hindu Kush chain, straddling Afghanistan and Pakistan, causing a total of more than 380 deaths in these two countries.

In recent months, Afghanistan has also been hit by flash floods that killed around 200 people and destroyed thousands of homes in several provinces.

These disasters represent a huge logistical challenge for the Afghan Taliban government, which has isolated itself from most of the world by establishing a strict Islamist regime.