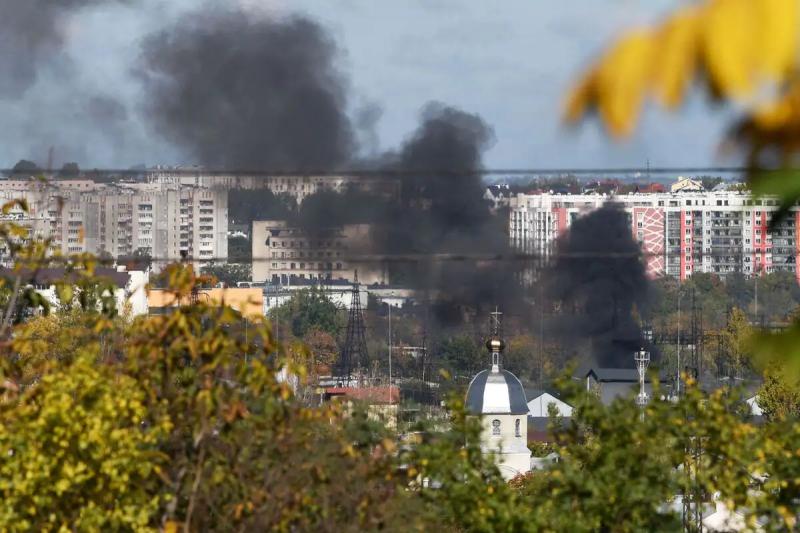 At least ten people were killed and 60 others injured in the massive Russian strikes on Ukraine on Monday morning, Ukrainian police said.

“ At this point, ten people have died and around 60 have been injured nationwide as a result of Russian fire,” Ukrainian police said on Facebook, adding that police officers, investigators and criminologists are gathering “evidence of the atrocities

According to the mayor of Kyiv, Vitali Klitschko, five people are dead and 51 others injured in the Ukrainian capital alone.

“The threat of new strikes remains present” , he added in a video on Twitter, calling on the population to take shelter in the event of an anti-aircraft alert.

Prime Minister Ukrainian, Denis Chmygal, indicated for his part that eleven important infrastructures were damaged Monday morning in eight regions in addition to the capital Kyiv.

According to the Ukrainian Defense, the Russian army launched 83 missiles on Ukraine, two days after an explosion that damaged the Russian Crimean bridge, a strategic infrastructure and symbol of the annexation of this Ukrainian peninsula by Russia.

According to the same source, 52 of these missiles have were intercepted by Ukrainian air defense, 43 of which were cruise missiles.