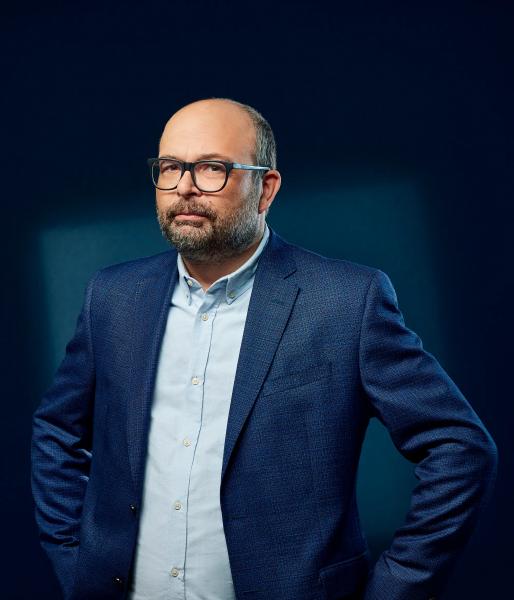 Whether he is on the trail of drug traffickers in South America and Asia, kidnappers in Africa or members of the Mafia, Félix Séguin practices his profession as a journalist at his own risk and peril, and he wanting more.

“I am living a dream.” In the unusual role of the interviewee on the occasion of the start of the thirtieth season of the show J.E, which he has been hosting since the winter of 2021, Félix Séguin speaks passionately about a profession that for him is more a way of life than a way to pay for groceries.

A reporter since 1997, he has been carrying out missions abroad since he spent a month in Haiti in 2010 to bear witness to the ravages of an earthquake responsible for at least 100,000 deaths.

“I don't never feel like I'm working. I'm addicted to action, “says the one who, as a kid, already saw himself tracking down criminals all over the world with a notebook and a microphone.

“I saw myself doing exactly what I do now. I come from a family of news junkie and I visualized it, I said it to myself and I sent it through the air a thousand times saying: when we are called to cover the war , I will go. When we are called upon to cover terrorist attacks elsewhere or to go to the Sahel, in West Africa, to try to find the trail of jihadists who have kidnapped Quebecers, I will go. I ask for nothing more than that.”

The risks of the job

You have to have a tough skin. The risks are real. The reporter gives as an example a report made in Colombia and which we saw recently at J.E .

“I spent about ten days in the Andes with Colombian drug traffickers in a crazy, hyper-dangerous story. When I got back, I was pinching myself: did they really talk to me or did I dream that?”

They had really talked to him.

“They showed me how they supply Quebec with coke. For me, it's a bit surreal.”

It was no less relaxing when he went in search of the kidnappers of Quebecer Édith Blais, a prisoner for 15 months in Mali.

“We were in situations where there are real dangers of kidnapping. There are tribal fights, terrorist fights. We are thrown into the middle of this, asking questions in a country far from ours, extremely dangerous. I remember being under such intense stress at that time.”

If his relatives are afraid? “My girlfriend is a producer of all the political programs at TVA and her father is a journalist. She has been immersed in a world of journalists since birth. She understands, she also knows that I manage my risk, she doesn't ask a lot of questions either. Sometimes it helps.”

During his career, Félix Séguin collected powerful testimonies, which one thinks in particular of the unpublished confidences made to him by the mafioso Andrew Scoppa.

He is surprised to see how much the gangsters are more reluctant to publicly brag about their misdeeds.

“I have just returned from Tunisia to report on fraud affecting Quebecers. I talked to the fraudster, I asked him how he managed to defraud us, and he told us. He gave us the recipe from A to Z and he was not even embarrassed to do it.

Like influencers, bandits also seem to relish fame on the web.

“The various platforms have created a certain vanity among people who normally would do anything to remain anonymous. I understood by conducting interviews with criminals that they are not immune to this trend. They are ready to expose themselves because they think they are good criminals and want to be seen as better than the other.”

If Félix Séguin can live such exhilarating adventures, he owes it to the bosses of J.E, who have not hesitated to expand the boundaries of the show's coverage over the years.< /p>

Today, significant resources are being made available disposal of the J.E team.

“The more the years passed, the more we decided to tackle investigations that had repercussions on society. I'm thinking of an [investigation] on homosexual soldiers in the Canadian Armed Forces which caused a lot of things to happen. I am thinking of another on the SPVM, which was accused by its former police officers of having fabricated evidence, which led to the resignation of the former chief, Philippe Pichet. Over the years, we have gone beyond our borders and we have always found stories that took place abroad that have strong ties with Quebec. We go further geographically and in the quality of the subjects.”

Called upon to appoint journalists who served as his models, Félix Séguin unhesitatingly named Claude Charron and Raymond St-Pierre. He admits without embarrassment that he tries to copy them. “The idea is to convey your information as accurately as possible, but it's to tell a story that's powerful enough to make people's brains available to store that information. It's an art. There aren't 3,000 people who have great storytelling skills. These two, they had it.”

A COMPETITION UNIQUE IN THE WORLD

“I am competitive. When I don't have too much competition, I get bored,” admits Félix Séguin. Fortunately, on the other post, the program Enquêteprovides him with fierce competition and, he believes, beneficial for viewers here. “I think that lifts the two shows up and I always tell myself one thing: for eight million French speakers here, there are two weekly journalistic investigative shows on TV in Quebec. You have to cherish it. In my head, it's precious, that's why I'm glad we're highlighting the 30th season of J.E.”

TV, newspapers and books: over the years, several surveys in which Félix Séguin participated have ended up on the shelves of bookstores. Gallant – Confessions of a Hitman, which traces the sordid journey of one of the most prolific assassins in the history of Quebec, has even been adapted for the cinema with Luc Picard. In addition to Gallant, Félix Séguin also co-wrote, with his colleague Éric Thibault, La source and Le parloir. He participated as a member of the Quebecor Bureau of Investigation in the writing of the books Le livre noir des Hells Angels, PLQ inc< em>. and Narcos PQ.