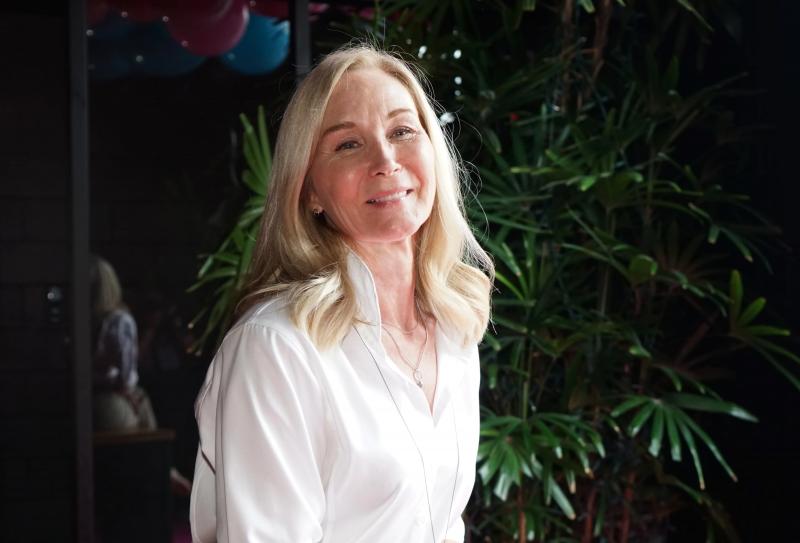 Nathalie Coupal's return to school is going at breakneck speed. These days she is promoting the new series Hotel from TVA, in which she plays a leading role, she returns to the boards Tuesday in Brief interviews with exceptional women at La Licorne, and she is currently filming in Revoltes, a Club illico series that will star Sarah-Jeanne Labrosse and Pier-Luc Funk.

In short, the actress is not idle and appreciates this whirlwind of creative projects.

“Last spring, I was both in rehearsal for this play and I had a big filming commitment with Hotel. It was so wonderful to be able to taste the craft in both aspects, which are completely opposite and complementary. There is the instantaneous acting, the naturalistic and very realistic side of television, whereas the theater is much deeper in terms of research. That does not mean that it is not deep on TV, but we do it in the instantaneous, ”she told the QMI Agency.

In Brefs interviews with exceptional women, Nathalie Coupal dives into a “completely intense and rich” text. It evokes a “radical and very current word” proposed by the Catalan author Joan Yago Garcia.

Directed by Gabrielle Lessard and presented at La Licorne from September 6 to 23 by the Cold Water Theater, in co-distribution with La Manufacture, the play allows Nathalie Coupal to become a “barbie” – inspired by a real Ukrainian – engaged in “a quest and a fascination for aesthetic and spiritual perfection,” said the actress.

Even if we tend to close to radical speeches, it is different with the proposal of the piece, believes Nathalie Coupal. “The conspiracy theorists, we listen to them and after a few minutes, our mind closes and we put them in the scupper; but in front of the women who will testify with a lot of soul and truth in the play, we can't help but hear them, and that forces us to review our positions. Not to change them, because these postures are very extreme, but it helps us to rethink why we choose to think the way we think.”

She also portrays a doctor alongside a woman who , because she consumes colloidal silver, turned blue…

In Hôtel, new to TVA which will be broadcast from September 22, at 8 p.m., the actress seen in the series In the name of the father and the son, Mirador and Another storyembodies businesswoman Victoria Dumont. His darling daughter, Jenny, who runs the Hôtel Dumont, dies suddenly in a traffic accident in the first episode. This is where his twin brother, Guillaume (Emmanuel Schwartz), who has never been interested in the hotel, raises his hand to take the reins.

“Guillaume is atypical and unpleasant, cracking too. It is the opposite of the child prodigy. He is the unloved and troubled child. For Victoria, it is an unprecedented tragedy to lose Jenny, as her family is disintegrating; she no longer has a husband, she no longer has her daughter whom she was close to, and she finds herself in front of the son whom she has difficulty loving. It's really fascinating for me, because I have a child and loving him is the most intense, natural and beautiful thing.”

After the tragedy, Victoria will entrust the management of the hotel to Sarah (Marie-Evelyne Lessard), Jenny's best friend, which will cause great tension with Guillaume.

The first block of episodes was shot in the fall of 2021 under the leadership of Éric Tessier. The series was supposed to air last January, but we preferred to give more time to post-production. The second block of filming for the first season, under the direction of Jean-Carl Boucher, took place last spring.