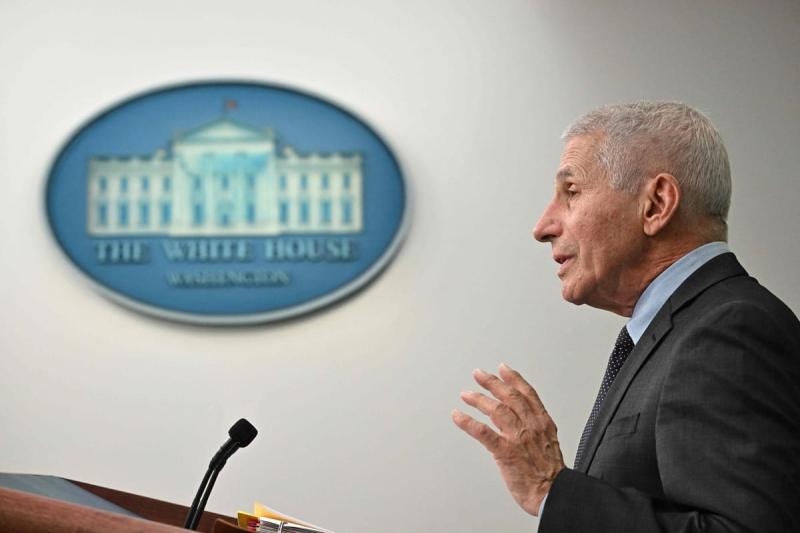 One last time, from the podium in the White House press room, Dr. Anthony Fauci urged Americans on Tuesday to get vaccinated against COVID-19, before leaving next month his role as advisor to the President on the pandemic.

“Please, for your safety and that of your family, do your updated Covid-19 booster as soon as you are eligible,” said the 81-year-old immunologist, in what he called his “final message.”

A booster dose specifically targeting the Omicron variant has been licensed since this summer in the United States, but only 35 million Americans, or 11% of the eligible population (from 5 years old), have so far received this shot.

The White House, which insists that vaccination against COVID-19 will now be annual, like the flu, launched a six-week “sprint” on Tuesday to convince more Americans to roll up their sleeves by the end of the year. year.

Authorities fear a wave of infections during the winter, fueled by the holiday season, when the country is also facing an epidemic of influenza and a other respiratory virus (RSV).

According to a new study from health authorities on Tuesday, this booster dose against COVID-19, called “bivalent”, because it targets the Omicron variant in addition to the original strain of the virus, effectively reduces the risks of developing the disease: approximately 30% when performed two or three months after the previous dose.

“When I see people in this country not getting vaccinated, because of divisions and ideological disagreements, for reasons that have nothing to do with public health, as a doctor, it pains me,” said declared Anthony Fauci.

First adviser to Republican President Donald Trump before Democrat Joe Biden, Dr. Fauci found himself embroiled in countless controversies, he who had always been careful to keep to the deviation from politics. In 2020, at this same White House podium, he had politely corrected President Trump several times.

“The way to counter misinformation is to do everything, as often as you can. can, to give correct information”, he hammered on Tuesday.

The Covid will only have represented “a fragment” of his career, underlined the one whose work to fight against the AIDS epidemic is recognized worldwide.

He will also step down in December as director of the National Institute of Infectious Diseases (NIAID), which he held for 38 years.

< p>“What I would like people to remember is that every day, during all these years, I gave everything I had,” he said.