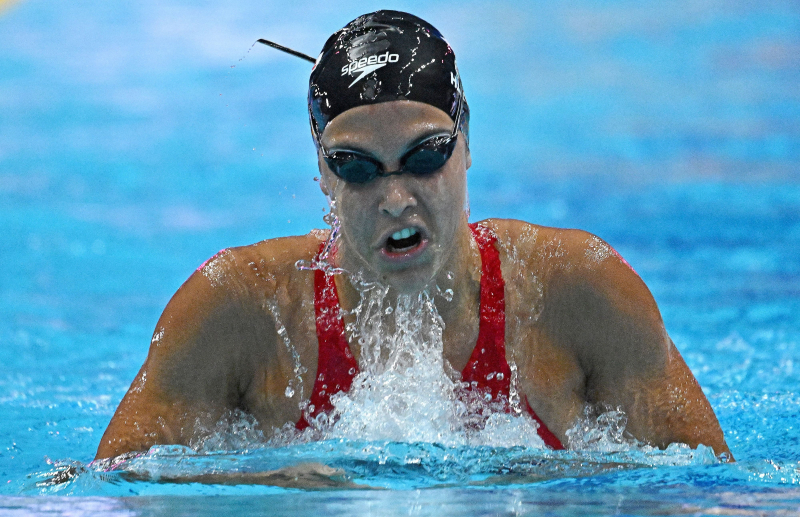 Nearly two weeks after her return to Quebec, swimmer Mary-Sophie Harvey is still in shock after having been drugged without her knowledge on her last day at the World Aquatics Championships in Budapest.

After experiencing the best Worlds in its history with a harvest of 11 medals, the Canadian team was celebrating its success when Harvey lost the map for a period of four to six hours.

Other teams were also present during this evening of June 25.

“I take it one day at a time, expressed Harvey. I have been told little bits of the story, but the feeling of not remembering what happened with all the possibilities that entails is still very present. It's not the best feeling, knowing that you had no control over your body. »

Harvey believes he is making progress. “I am learning to live with the event because last week I would have been unable to grant an interview. I'm starting to accept it. »

Found in the street

Worried not to see her anymore, a friend of the native swimmer from Trois-Rivières started looking for her . The French Charlotte Bonnet finally found Harvey in the street.

“She looked for me for 45 minutes before finally finding me in the street, said the Olympian of the Tokyo Games. She told me that I told her not to leave me alone and that I needed her. »

“Afterwards, two or three other girls took me back to my room,” Harvey continued. I fell unconscious at one point and they laid me in my bed. I was disturbed when I woke up to see the doctor and team manager at my bedside. »

If she hesitated for a long time before sharing her story on her Instagram account, Wednesday evening, Harvey does not regret it. “I have received many testimonials from people who have experienced the same situation. The number is really disturbing and yet we hardly hear about it. Victims do not report these situations because they are ashamed.

She doesn't believe she was raped

“I was struck by the gaps in the resources available to victims,” she said.

“I told my story as best I could, but I didn't feel like I was taken care of. I left a message in a specialized clinic whose contact details had been given to me and I had a return call two days later. I don't think I was a victim of rape, but I felt left out. “

Harvey can count on the support of his good friend and teammate Katerine Savard.

“She convinced me and his mother, who is a doctor, to contact the services help and that I had nothing to be ashamed of. »