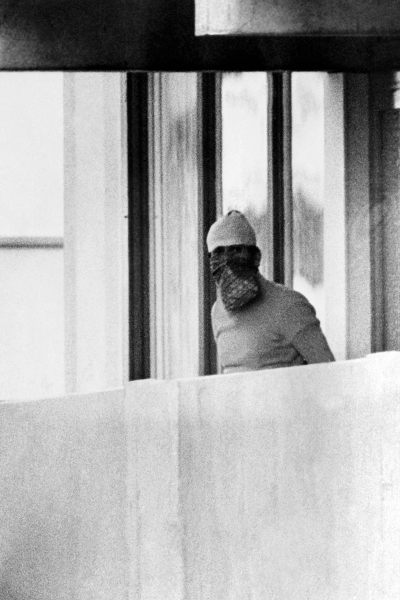 BERLIN | Almost 50 years to the day after the bloody hostage-taking at the Munich Olympics, the German government and the families of Israeli victims reached an agreement on compensation on Wednesday.

< p>This agreement, immediately welcomed by the Israeli president, puts an end to confidential negotiations held over several decades and comes at the right time, a few days before the commemoration of the terrorist attack, unique in the history of the Olympic Games.

The federal government, as well as the region of Bavaria and the city of Munich will pay 28 million euros to the families of victims of this hostage-taking, which resulted in the death of eleven Israeli athletes, indicated to the 'AFP a government source.

Six of the 11 victims of the attack.

“The federal government welcomes the agreement with the families of the victims”, immediately reacted the spokesman for the government of Olaf Scholz, Steffen Hebestreit.

The Israeli President Isaac Herzog expressed his “gratitude” to Germany for these compensations in reparation of a “historic injustice”.

This sensitive issue of compensation angered the families of the victims, who considered the German government's proposals too weak and threatened not to participate in Monday's commemoration in Bavaria.< /p>

Fifty years later, neither Germany nor the Jewish state has forgotten the “Munich Massacre”.

The intervention of the German security services at the Fürstenfeldbruck military base, about thirty kilometers from Munich, ended with the death of all the hostages, a bloody outcome for which the West German authorities were held partly responsible. . Five Palestinian aggressors were killed and three others arrested.

The agreement also provides for the establishment of a commission of German and Israeli historians who should have access to documents hitherto classified to all the light on the attack and the police fiasco.

In official documents released in 2012 by Israel, an account by former intelligence chief Zvi Zamir believes that the German police “did not even make a minimal effort to save human lives”. p>

With this agreement, Germany “is fulfilling its historic obligation towards the victims and their families, in the context of the special German-Israeli relationship,” the spokesperson adds.

The German and Israeli presidents, Frank-Walter Steinmeier and Isaac Herzog, announced in the wake of the formalization of the agreement that they would participate both at the ceremony held in Bavaria on Monday.

“I would like to express my gratitude for this important step taken by the German government, which takes responsibility for the historic injustice committed against the families of the victims of the Munich massacre and ensures reparation,” reacted Mr. Herzog. in a press release.

The families of the victims had warned on August 11 that they would boycott the commemorations in Germany marking the 50th anniversary of the tragedy, judging an offer of compensation from the German authorities insufficient.

They called on the German authorities to “apologize authorities” for “all their errors” and their “lies” in this affair, “to open all” their archives, as well as “fair compensation”.

Berlin then offered 10 million euros , including some 4.5 million already paid in 1972 and 2002, for a new total of around 5.4 million euros for 23 direct relatives of the victims.

“They told us that they had to respect what German victims of terrorism receive (…) but in our case it is not a local affair in which the German government is not guilty”, explained the spokesperson at the time. families of the victims, Ankie Spitzer, calling the German offer an “insult”.

< p>Berlin now hopes to see these relatives take part in the commemorations scheduled for Monday: “The government now looks forward to a dignified ceremony with the families,” said a spokesperson.