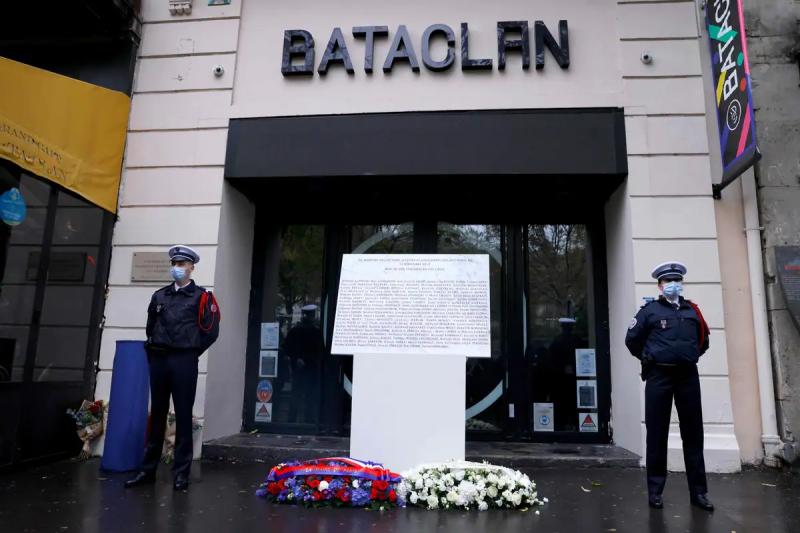 They are considered the Belgian “little hands” of the commandos of November 13, 2015: the Brussels court hands down its judgment on Thursday against thirteen men and a woman accused of having helped members of the jihadist cell that fomented these attacks.

The judgment falls the day after the verdict of the special assize court of Paris which, after ten months of hearing, condemned Wednesday evening 20 men (of whom six were tried by default) involved in the worst attacks ever committed in France. /p>

These attacks perpetrated in Paris and the neighboring town of Saint-Denis, claimed by the Islamic State (IS) group, left 130 dead, including 90 murdered during a concert in the Parisian hall of Bataclan .

In Brussels, from mid-April to mid-May, 14 people were tried by the criminal court, accused of having provided assistance, more or less significant, to certain authors, hosting one or the other, ensuring driving to the airport or providing false papers.

The file was baptized “Paris bis”. Excluded from the French procedure, the defendants are for the vast majority of Brussels residents who gravitated in the entourage of Salah Abdeslam, Mohamed Abrini (both sentenced to life imprisonment on Wednesday), or the El Bakraoui brothers, the relays of Oussama Atar to form the Belgian backbone of the jihadist cell. The two brothers blew themselves up during the attacks in Brussels (32 dead on March 22, 2016).

One of the defendants, Abid Aberkane, cousin of the Abdeslams and almost their neighbor in Molenbeek, is accused of hid the fugitive jihadist at his mother's home the last days before his arrest on March 18, 2016.

A four-year prison sentence, possibly accompanied by a suspended sentence, was requested against him on April 29 by the federal prosecutor's office. The prosecution pointed to “extremely serious facts”, while Abdeslam, the only surviving member of the November 13 commandos, was the most wanted man in Europe.

Thursday morning at the time of the statement of the judgment, from 8:45 a.m. (6:45 a.m. GMT), his fate will be among the most watched. With the exception of Youssef Bazarouj, absent because presumed dead in Syria (and against whom five years have been claimed), Abid Aberkane is the presumed accomplice for whom the prosecution has been the most severe.

“For this I'm being blamed, I'm sorry, I reacted like an asshole,” he said at the end of the trial, regretting having been “indoctrinated by watching videos” of IS propaganda.

For the others, sentences not exceeding three years in prison, most with a possible reprieve, have been requested.

This is the case for Ibrahim Abrini, brother of Mohamed, suspected of having helped the latter, once returned to Belgium, to get rid of a computer and the clothes he was wearing while accompanying “the convoy of death” in Paris. Two years in prison with suspended probation (that is to say, subject to conditions) have been claimed against him.

Two of the 14 defendants must not answer for a terrorist offense, including Meryem El Balghiti, prosecuted for “false” for having helped her husband Farid Kharkhach to make false identity papers for the jihadists. The latter was sentenced Wednesday evening in the Paris trial to two years in prison, the court abandoning the terrorist qualification of the proceedings.

Like this couple, most of the suspects tried in Brussels assured that they were unaware the “terrorist” intentions of those they helped.

“Driving a buddy to the airport became participating in the activities of a terrorist group. Obviously it's easy to say after the fact,” protested the lawyer of a defendant, while another lamented that Belgian justice had “scraped the bottoms of the drawers” to conduct this trial.